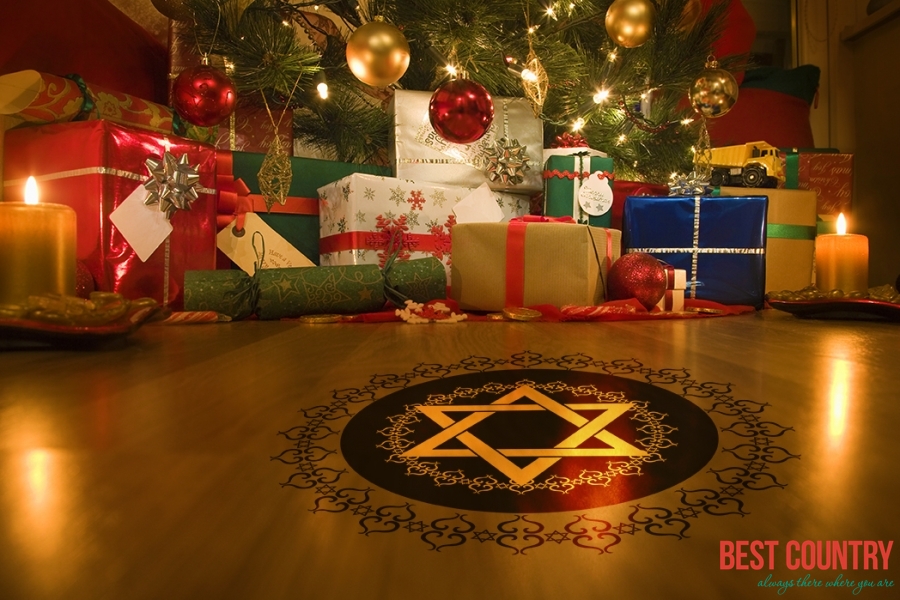 Christmas in Israel is celebrated both by the locals as well as foreigners with same merriment and enthusiasm as in other parts of the world. The celebration of Christmas in Israel has a special significance as Jesus Christ was born in Bethlehem in Israel.

Bethlehem, the little town in Israel where Jesus is said to born is the site of the Church of the Nativity, which is ablaze with flags and decorations at the time of Christmas every year.

On the Eve of Christmas, natives and visitors in large numbers crowd the church’s doorways and stand on the roof to watch for the dramatic annual procession.

Galloping horsemen and police mounted on Arabian horses lead the parade. They are followed by solitary horseman carrying a cross and sitting astride a coal-black steed.

Following them come the churchmen and government officials. The procession solemnly enters the doors and places an ancient effigy of the Holy Child in the church.

A deep winding stairs lead to a grotto where visitors find a silver star marking the site of the birth of Jesus.

On the special occasion of Christmas in Israel, Christian homes in Bethlehem are marked by a cross painted over the door and each home displays a homemade manger scene. A star is set up on a pole in the village square.

Large number of pilgrims from various nooks and corners of the world come to Bethlehem in Israel at the time of Christmas in Israel.

They crowd the Manger Square and enjoy the Christmas atmosphere. Many go into the fields where the shepherds heard the good news of Jesus birth.

Early in the evening, members of the Protestant church groups would go around singing carols.

On Christmas morning children would open their presents before breakfast. After breakfast Protestant people would go to church, and visit friends to wish them a happy Christmas.

One of the unique features of Christmas in Israel is that there are three Christmas Eves in the Holy Land. On the 24th December Christmas is celebrated by the Protestant and Catholic Churches. The second celebration is for the Greek Orthodox, Coptic or Egyptian and Syrian churches.

The third is celebrated by the Armenian Church. Services are conducted at the same time but by following various methods and customs and in different languages.

To celebrate Christmas in Israel the people in lunch eat turkey, spiced with pepper, cinnamon and nutmeg and stuffed with rice, meat, pine nuts and almonds.