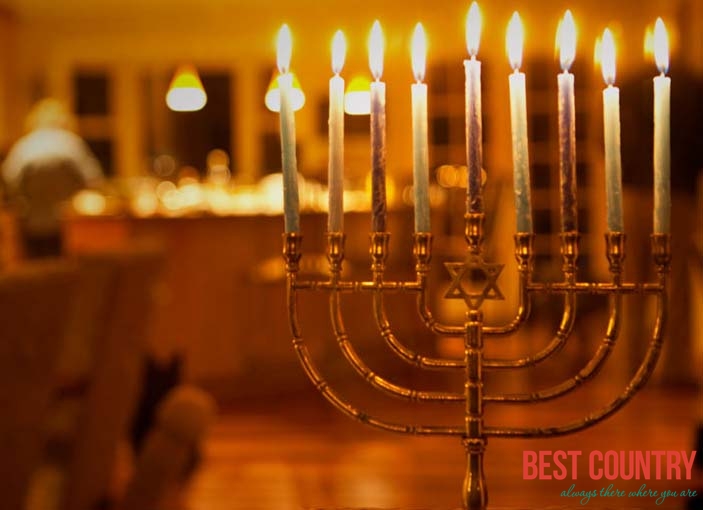 When asked about the cultural or religious significance of a Jewish festival, Israelis will often reply:

“Look, it’s like this: They tried to kill us, we survived, let’s eat.”

The answer is only part tongue in cheek. People have been trying to wipe out the Jews for thousands of years and Israelis do stuff themselves on holidays.

As if dining with the family every shabbat wasn’t enough, Israelis are required to suffer the lectures of their grandparents every time the Torah says so.

The family gathers around the dinner table and eye with apprehension the large quantities of festival-specific food stacked up before them.

Before they’re allowed to get into the food there’s the religious bit to be done; the younger members of the family try to skip the lengthy passages from the Torah they’re supposed to read while the older generations grumble bitterly about the godless young generation and the time when Jews were Jews.

On the other hand it seems that Judaism exists these days more as a tradition than a religion for many and the festivals give a strong sense of continuity that’s often missing in the Christian world.

Remember the Jewish calendar runs by both the solar and the lunar year so the festival times vary.

Hanukah – ‘The Festival of Light’. The big deal is that after the Greeks tried to suppress and assimilate Judaism by sacrificing pigs on the altar of the temple, the Jews resisted and the only pure oil left miraculously burnt for 8 days. So now they light candles and eat fatty food, noticeably doughnuts. Ironically, the Christians assimilated this winter festival into Christmas.

Holocaust Remembrance Day – There’s no forgetting it, after all. The concentration camps may seem a long time ago but there are still survivors alive and even the next generations often bear indirect trauma of the genocide. Held a month after Pesach.

Jewish New Yea – This one is also in the autumn and In Hebrew it’s called Rosh hashanah , ‘the head of the year.’ It’s quite a big deal and people make resolutions like with the 1st of january.

Passover (Pesach) – The mother of all food festivals. It’s held in the Spring and the Christians turned it into Easter. The Last Supper was a Pesach meal, hence all the wine and the bread that Jesus broke was the inedible matzah liked only by Israelis with the right genetic make-up. This is the time when they remember Moses kicking the Pharaoh’s ass and leading the Jews to freedom. Or forty years of getting lost in the desert – however you want to look at it.

This is a week long holiday for everyone and, except for certain stores in irreligious Tel Aviv, it’s really difficult to buy bread anywhere. Some Israelis get so desperate for pita bread they drive to Arabic villages to buy from their bakers.

Purim – Held in the Spring a month before Passover, this is a wild festival when the Torah commands Jews to ‘drink until they don’t know any more’. People dress up in costumes and head out into the streets and Purim parties to stagger around and hopefully get laid. The trouble starts the next morning when they can’t remember their partner’s name

Sukkot – This is in the autumn when Moses finally said with his dying breath: ‘Look there’s the land of milk and honey’ and died before he reached Israel. Soldiers who have been to Lebanon may suspect that the Promised Land was actually 500 miles too far south but hey, rocks and sand is God’s own country.

Israelis have lots of fun in this week long festival and they build a tent shelter in their gardens to remember the forty years of following the worst desert guide in the world.

Sylvester – That’s our New Year. It’s got nothing to do with Jews but the Israelis like any excuse for a party. They call it the ‘Sylvester’ and wonder why no one else does.

Yom Kippur – ‘The Day of Atonement’ is generally around September. This is the biggie. Jews are supposed to square things with god on this day and, given the troubled history of the Jews, God himself presumably has some explaining to do also.

Beforehand all debts, grudges and quarrels with friends and family are sorted out and in Israel there’s always plenty of those. Traditionally you’re supposed to ask forgiveness of your friends for any wrong you may have done them. If after three times of asking they still refuse then the burden passes onto their shoulders. That’s Jewish Law for you.

No cars or buses drive around on this day and even fairly secular Jews may join in the fasting and the services in the Synagogue. A very heavy day by all accounts.