Regardless of political and ideological affiliation or social standing, there's one issue that seemingly unites all Israelis - a love of coffee. 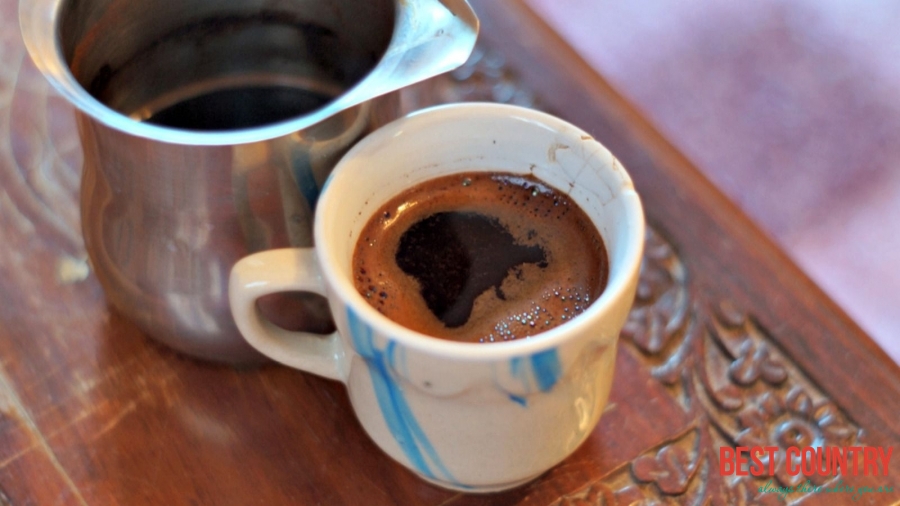 Walk down a street at any time of the day in any of Israel's bustling cities, such as Tel Aviv, Jerusalem and Haifa, and you'll think you've stumbled out of a dream and landed in Paris or London when you see the sidewalk cafes jammed with tables topped with umbrellas and populated by legions of coffee-drinking patrons.

In the last 15 years, coffee chains like Aroma, Cup O' Joe, Arcaffe and Cafe Hillel have proliferated to the point that their logos are as ubiquitous as McDonald's golden arches.

In a country bursting with specialty coffee chains offering everything from double espresso to mocha cappuccino, some of the successful Israeli coffee chains have started to expand their horizons, exporting their flavorful brands of coffee abroad. Goodbye Jaffa oranges, hello iced coffee milkshakes.

Israel's coffee culture has been part of the country's fiber since before the state was declared in 1948. According to Michael Reiner, the CEO of Ava Coffee, one of the country's leading coffee suppliers and a student of all things java, the sit-down-and-relax approach to drinking coffee rubbed off on Israeli society from its Middle Eastern environs.

"Israel is known to have a strong coffee culture," says Reiner, who's been involved in the coffee business for more than 35 years.

"And it's mainly because we're in an Oriental region of the world and have adopted the habits of the local Bedouin and Arab people, who charge great importance to the social act of preparing and drinking a cup of coffee."

In fact, coffee played a significant role in the creation of the country. Heads of the underground units formed to fight the British presence in pre-1948 Palestine used to meet at the famed Atara Café in Jerusalem to plan strategies, share information and drink the strong, thick blend of Turkish coffee known as botz - "mud" in Hebrew.

Botz remained the coffee of choice for decades, with everyone from army reservists on maneuvers to college students cramming for exams subsisting on the sweet, black beverage, and cherishing the social bonding of sitting around brewing the aromatic concoction.

But over the years, other types of coffee inched onto the menus, including nes (short for "Nescafé"), the instant coffee favored in the United States, and the European favorite cappuccino, prepared with espresso, hot milk and steamed-milk froth.

As Israelis began to travel abroad more in the 1970s and 1980s, they returned with the seeds of the espresso coffee culture that would soon proliferate across the country - a trend that dovetailed nicely with the already well-ensconced tradition of sitting and shmoozing around a cuppa joe.

According to Ofer Gvirsman, the vice president of marketing for the successful Cup O' Joe coffee shop chain, it wasn't until the mid-1990s that Israelis began to be exposed to what became known as "specialty" coffee.

"Israelis have always been discerning about their coffee and out of that rose a quality coffee movement," says Gvirsman, who counts himself among the numerous coffee addicts in Israel.

He credits Ilan Shenhav, a coffee roaster who opened up a shop called Ilan's on Tel Aviv's Ibn Gvirol Street in 1994, along with a new chain called Arcaffe, as being the first to offer different types of coffee concoctions.

"It started with the flavored milkshake around 15 years ago, which Ilan's in Tel Aviv and Arcaffe started selling - they were first ones to use the new terminology of ‘specialty' coffee. Before that, people here weren't really aware that it existed," he says.

By 1996, Israeli coffee culture began to bubble more than the milk at the top of a latte, with chains like Aroma, Café Hillel and Cup ‘O Joe opening branches across the country. One marketing study estimated that some 500 coffee bars opened up in Israel between 1995 and 1998.

Not only did these new businesses offer a variety of hot and cold coffee-based beverages - including the burgeoning favorite for the warm Mediterranean, a thick, milkshake-like iced coffee called barad - but they also served innovative and quality baked goods and food, including sandwiches and salads.

Each establishment has its own concept, style and ambience. "I think that Israelis are more passionate about coffee shops than we are about coffee. The coffee is important but so is the clientele, the design of the shop as well as the menu," says Gvirsman.

Today, you can't walk a block without encountering one of the identifiable logos of the major chains or one of the dozens of other chains like Coffee Time, Greg Café and Café Netto, not to mention hundreds of boutique coffee bars.

"The biggest increase in coffee consumption and in the quality and variety of coffee in Israel occurred mainly in the past decade - due to the proliferation of the 'away from home' market, encompassing espresso bars, restaurants and cafés," says Ava's Reiner.

"The most popular beverage at these establishments today is cappuccino, or cafe hafuch - it's actually becoming known around the world as 'Tel Aviv cappuccino.'

The second is the iced coffee drinks and the third is espresso. However, espresso is the flagship test of a cafe's quality - tasting the espresso determines if it's a good coffee bar or not."

Despite the divergence of tastes outside the home, most of the coffee being sold in Israel for home use is the fine Turkish ground coffee used to make botz, added Reiner.

However, even that tradition is slowly being eclipsed by the growing popularity of the espresso capsule machines that are becoming ubiquitous in offices and kitchens around the country.

While it may seem like everyone in Israel is drinking coffee all the time, according to Reiner, whose company supplies coffee to chains like Café Neto and Coffee Time, the country's coffee consumption is just a little above average. "Israelis consume about 4.5 kilos [10 pounds] per capita of coffee a year - that's in the upper ranges of average, similar to Italy," says Reiner.

"Scandinavians drink much more, about 12 kilos, as do Germans at nine. But it's more than the American average."

Speaking of American and average, when US coffee giant Starbucks researched Israeli coffee culture over a decade ago, its corporate eyes lit up with dollar signs, and in 2001, the chain began opening branches amid much fanfare.

However, Israelis rejected the coffee as "bitter," were turned off by the take-away only service and within two years, Starbuck had fled the country.

"The Israeli palate is different - Americans like their coffee more bitter than we do. We're more like the Italians, who prefer a higher acidity," explained Cup O' Joe's Gvirsman.

"Starbucks didn't work here because they didn't make any adjustments to the preferences of coffee-drinkers here. They didn't change anything about the coffee; they worked in a self-service concept which wasn't as acceptable back then as it is now and they were more expensive than any of their competitors. Plus they didn't serve food, which is a big thing in Israeli coffee shops."

It was only a matter of time until some of the Israeli chains decided to test the waters abroad.

The most aggressive campaign was launched by Aroma, the popular coffee bar founded in 1994 by brothers Yariv and Sahar Sheffa in 1994.

Featuring a pleasing interior design, great service and different blends of quality beans for espresso, cappuccino and regular brewed coffee, as well as a wide array of sandwiches, salads and baked goods, the branch has become an Israeli staple with 107 branches nationwide.

"Aroma opened its first branch outside of Israel in 2006 in New York on the corner of Greene Street and Houston Street in Soho," says Gali Goldwaser, the marketing communication manager of Aroma. "Since than we've expanded and now operate 15 branches around the world in the US, Canada, Ukraine, Romania and Kazakhstan.

According to Ava's Lerner, Aroma's success isn't due so much to its coffee as to its efficiency. "They're exporting the concept of Aroma, and it's doing very well. Arcaffe has opened branches in Paris as well. Israelis are known around the world to be good managers of espresso bars," he says.

Aroma's Goldwaser explains that the company's branches abroad are based on maintaining its characteristics, which are well-known in Israel - "Gourmet coffee, fresh and healthy food prepared only by order, modern decor and atmosphere, dedicated service and the best value for the money."

Toronto physiotherapist Rebecca Gruber, a regular at the Thornhill branch of Aroma, says, "The coffee is much better than at North American chains like Starbucks, as it isn't bitter, and the food is wonderful - huge salads, fresh- baked bread every day and wonderful, unusual pastries and cookies," she says.

Goldwaser explains that all the international branches of Aroma receive their coffee blends from the corporate facility in Israel, which imports beans from South America and Africa to create unique blends of cappuccino and espresso.

"After the beans are roasted, they are packed in special vacuum packs that keep them fresh, and then distributed to all of our branches in Israel and abroad," she says, adding that the menus in the various branches are similar but adapted to the tastes of local populations.

And while there's no explicit connection on display to advertise its Israeli origins, there are hints on the menu - such as the Bourekas treat and the Mediterranean sandwich - to Aroma's geographic location. Of course, the Hebrew heard on the premises from traveling or expat Israelis homesick for a taste of the country may also give it away.

Unlike Aroma and Arcaffe, the owners of Cup O' Joe flirted with branching out abroad but decided to stick to the local Israeli market.

The chain, launched in Tel Aviv in 1996 by two US immigrants to Israel, David Klein and Dov Goldfarb, began opening franchises in 2002 and today has more than 60 branches around the country, with 10 more scheduled to open this year.

In May, a subsidiary of a major Israeli fuel company, Delek Group, acquired 50 percent of the coffee chain.

"We did think about expanding abroad and David did go to New York to look at options, but it never happened," explains marketing manger Gvirsman.