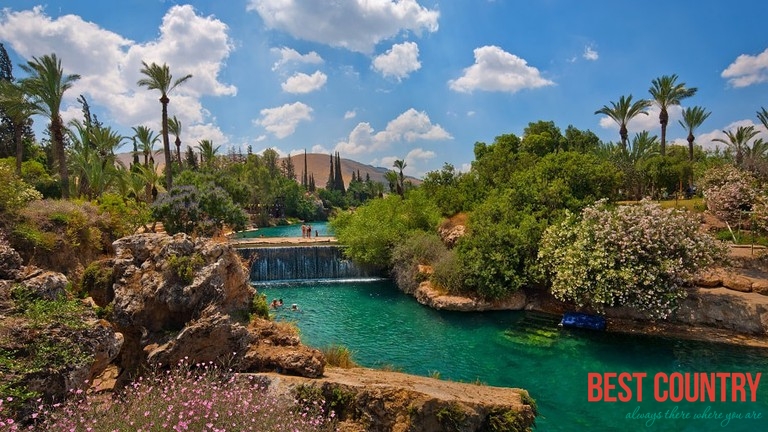 Israel has a Mediterranean climate characterized by long, hot, dry summers and short, cool, rainy winters, as modified locally by altitude and latitude.

The climate is determined by Israel's location between the subtropical aridity characteristic of Egypt and the subtropical humidity of the Levant or eastern Mediterranean.

January is the coldest month, with temperatures from 5 C to 10 C, and August is the hottest month at 18 C to 38 C.

About 70 percent of the average rainfall in the country falls between November and March; June through August are often rainless.

Rainfall is unevenly distributed, decreasing sharply as one moves southward. In the extreme south, rainfall averages less than 100 millimeters annually; in the north, average annual rainfall is 1,128 millimeters.

Rainfall varies from season to season and from year to year, particularly in the Negev Desert. Precipitation is often concentrated in violent storms, causing erosion and flooding.

During January and February, it may take the form of snow at the higher elevations of the central highlands, including Jerusalem.

The areas of the country most cultivated are those that receive more than 300 millimeters of rainfall annually; about one-third of the country is cultivable.