During dry season most rivers in Afghanistan become little rivulets. The rivers are mostly supported by mountain streams. These rivers had good amount of water in spring season, when snow on the mountain melts. Most Afghan rivers end in salty swamps. Few of them end in lakes, while one of them enters Iran to merge in Indus, a mighty river. 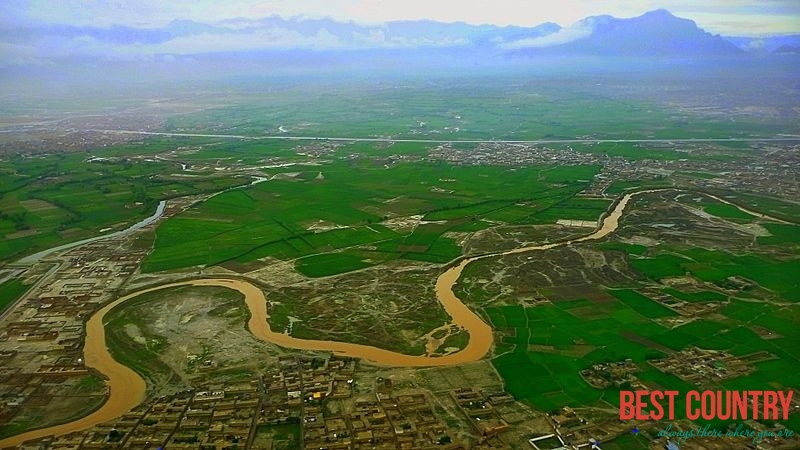 Kabul: An exception among Afghan rivers, Kabul river is always full of water. It flows east into Pakistan to merge into the Indus River.

Amu Darya: This river, located on the norther border, is the country's only largely navigable river. Two main tributaries of Amu Darya are Panj and Vakhsh.

Harirud River: Rising in Central Afghanistan, Harirud River moves to west and north-west direction where the border with Iran exists. Water of Harirud River is extensively for irrigation purposes in Herat region.

Helmand River: Longest among the rivers in Afghanistan, Helmand River originates in Central Hindu Kush mountains. The river flows past the south-west region of the country, ending in Iran. This river is also widely used for irrigation.

Afganistan does not have great number of lakes, and they too are small in size.

Mentionable lakes in the country are Lake Zarkol along the Tajikistan border, Lake Shiveh in Badakhshan, and saltwater Lake Istadehye Moqor, south of Ghazni.

Near the borders of Iran, there are two salt marshes too.

Important dams and reservoirs in the country include Kajaki Reservoir on Helmand River, Kelagay Dam on a tributory of Amu Darya River, Sardeh Dam on Ghazni River, and Arghandab Dam on a tributary of Helmand.