What Type Of Government Does Afghanistan Have?

A President, council of ministers, provincial governors, and the national assembly constitute the Government of Afghanistan.

The President, the council of ministers, provincial governors, and the national assembly, constitute the Government of Afghanistan. The elected president and his two vice presidents as dictated by the new constitution adopted in 2004 have a 5-year term. The National Assembly of Afghanistan makes up the national legislature. The Judiciary is an independent branch of the government comprising of one Supreme Court, Appeal Courts, and Primary Courts. The Executive branch is constitutionally mandated to implement rules, regulations, and laws. Currently, Karzai is the head of state in the Islamic Republic of Afghanistan. 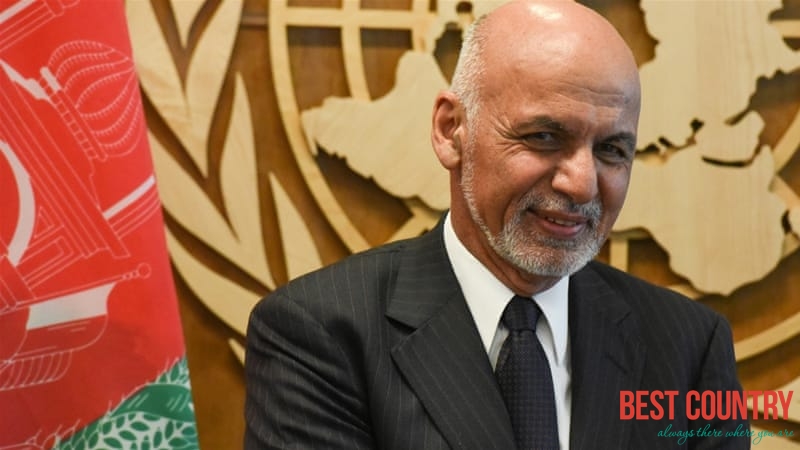 The president of the Islamic Republic of Afghanistan is the head of state and head of government of Afghanistan. The incumbent office holder is Ashraf Ghani.

The Executive Branch Of The Government Of Afghanistan

According to the new constitution adopted in 2004, the elected president and two vice presidents have a 5-year term. The president becomes the chief of state and the head of government. He or she appoints ministers who are subject to the approval of the Wolesi Jirga, the lower house of the National Assembly. Today, the executive branch has 25 ministries and several independent departments and agencies as well as commissions who carry out government duties dictated by the constitution. The constitution concentrates decision making to the presidency. Like most nations around the world, the Afghan Constitution assigns little official roles and responsibilities to the vice president beyond assuming the presidency for a short while in the absence of the incumbent. The major function of the vice presidents is to attract ethnic voters for their running mates.

The 2004 constitution replaced the ad hoc system of the judiciary that involved justice administration under the Strict Islamic Law during the Taliban Extremists era in (1996–2001). As per the new constitution, the judicial system constitutes nine justices (appointed by the president and approved by the Wolesi Jirga) that serve for a 10-year term. The judges manage the personnel, budgets, and policy decisions of the regional and local court systems. The Afghan Supreme Court, the highest court in the country, rarely functions as a constitutional interpreter. The court is an appellate court exercising jurisdiction of primary courts. The National Security Court handles threats to national security and terrorism. There is a lower and higher court in every province of the country, but the judicial procedures are mostly influenced by traditions and the local authorities. The majority of law court officials are Muslims. The respective roles of secular law and Islamic law are not well established with Taliban rules still applying in rural areas.

The Legislature Of The Government Of Afghanistan

The Afghan Parliament is bicameral; the Wolesi Jirga and Meshrano Jirga. The Meshrano Jirga is the upper house with 102 senators while the lower house has 249 directly elected members. The constitution allows for the convening of a Loya Jirga, the Constituent Assembly to discuss urgent matters of independence, territorial integrity, and national sovereignty. The assembly must include members of the National Assembly and heads of the provincial and district councils. The Constituent Assembly can bring charges against the President and also amend the constitution. The legislation originates either in the executive branch when parliament is in recess or the Legislative Branch when either the Wolesi Jirga or Meshrano Jirga introduces a bill.

In the legislature, the bill passes from one house to the other, and upon receiving a majority vote, it goes to the President who can either approve or veto the bill in 15 days. When passed the Ministry of Justice enforces it after publication in the Gazette. If the president vetoes the bill, it goes back to the House for further deliberation. Also, the Lower House can override the Presidential veto by a two-thirds majority. If the head of state fails to approve the bill within 15 days, it becomes the law. The Wolesi Jirga has ten seats reserved for Kuchis and sixty-eight for female representatives. The house will review, discuss, and approve rules drafted by the ministries and government agencies. The Meshrano Jirga has three parts: 34 indirectly elected representatives of the provincial councils; 34 representatives of the District Councils serving for three years; and the third part constitutes presidentially-elected 34 qualified candidates to hold office for five years.

The 2004 constitution dictates that the President should be elected for a five-year term in office. On October 9, 2004, Afghanistan elected Interim President Hamid Karzai as president with 55.4% victory through the Independent Party. The first parliamentary and local elections in the country were held in September 2005 with a 50% vote turn up. The 11-member Joint Electoral Management Body, appointed by Karzai oversaw the registration and the election process. In 2009, insecurity, lower voter turnout, intimidation, widespread ballot stuffing, and other electoral frauds characterized the presidential elections. There was a lengthy vote-counting period followed by a fraud investigation and the incumbent President Hamid Karzai and primary rival Abdullah Abdullah were forced to a second round run-off vote. However, Abdullah walked away claiming that transparency was not possible as his proposed changes to the National Electoral Commission were not met. On November 2, 2009, Hamid Karzai was declared President of the Republic of Afghanistan for another 5-year term.

The centralization of power is the primary challenge facing the Afghanistan government. The President not only elects ministers but also influences one-third of the entire Senate and chooses every judge in the country. This centralization has led to massive corruption becoming an obstacle to the economic development of the country, massive abuse of power, increased political instability, an extensive undermining of law and order, poor governance, and disenfranchisement of the people of Afghanistan.