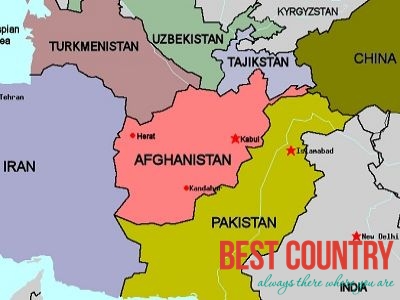 Afghanistan is located in the center or middle of Asia. The country is landlocked and mountainous, and has most of the Hindu Kush mountains. There are four major rivers in the country: the Amu Darya, the Hari River, the Kabul River and the Helmand River. The country also contains a number of smaller rivers, lakes, and streams.

Afghanistan has a total of 5529 km of borders - the longest part of the border (2,430km) is known as the Durand Line and forms Afghanistan international border with the Islamic Republic of Pakistan.

To the north are the Central Asian countries - Tajikistan has a border of 1,206km with Afghanistan), Turkmenistan has 744km, and Uzbekistan has 137 km.

Afghanistan also has border with China, it is 76km in length and is located in the far north-east of the country, although this is disputed by both Pakistan and Tajikistan which lay irredentist claims on Wakhan area.

Afghanistan has a lot of rugged mountains known as the Hindu Kush as well areas of desert.

Damaging earthquakes occur in the Hindu Kush mountains; flooding and droughts in the south and south-west of the country. 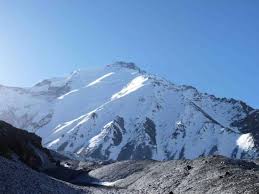 Of the ranges extending southwestward from the Hindu Kush, the Koh-i-Baba reaches the greatest height (Shah Fuladi, 5,142 m /16,870 ft).

The area towards the Khyber Pass across the Safed Koh are in eastern Afghanistan; at the top the height is 1070 m. / 3,509 ft. at Landi Kotal.

This area is near to Pakistan, the town of Torkham is five kilometres from Pakistan.