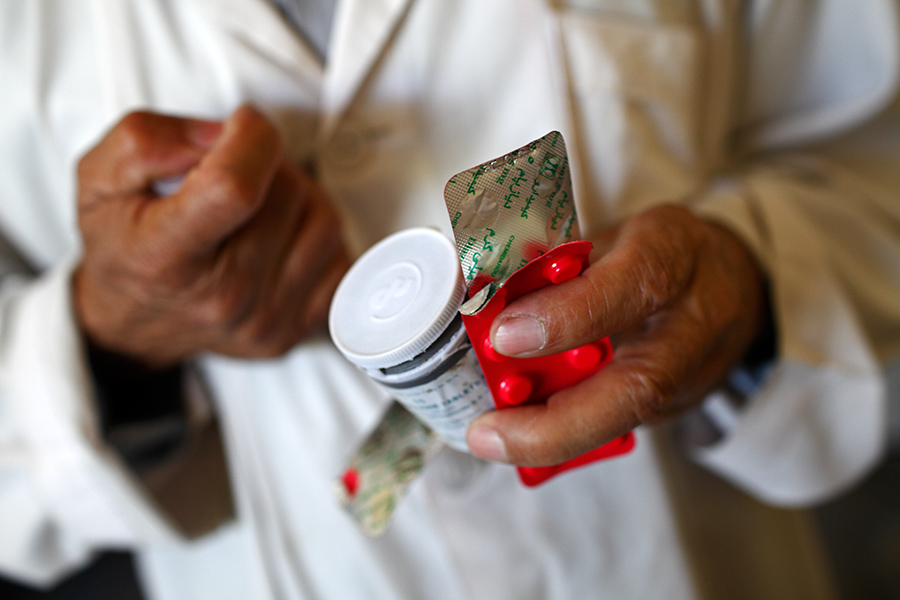 Decades of conflict in Afghanistan have caused poverty, high death rates and a severe shortage of hospitals, doctors and nurses. Many communities live without basic sanitation or access to safe drinking water.

But, in the northern province of Balkh, the British Red Cross is supporting a volunteer-driven, community-based health programme that reaches about 23,000 people a year.

People in the area face health problems that include anaemia, malnutrition and drug use, plus seasonal diseases which are often caused by poor sanitation, like dysentery, malaria and pneumonia.

From 2004 to 2011 the British Red Cross supported health clinics in Balkh that hosted 50,000 to 75,000 consultations a year, and which continue to help local people.

And since 2008 the British Red Cross has backed a pioneering health programme run by the Afghan Red Crescent Society (ARCS) and driven by the work of local volunteers.

The programme, which is set to run until 2014, reduces demand on the province’s health clinics and complements their work, throughhealth and hygiene promotion first aid and help finding the right care improvements to water supplies and sanitation.

Groups of local people identify the health issues that need to be tackled in their community which are supported with evidence from the Ministry of Public Health.

The programme volunteers help people to access water and sanitation facilities like wells and latrines (families and neighbours contribute to the labour), teach them first aid, and guide them towards the right health services.

Volunteers also spread important health messages, including information on preventing malaria, spotting the signs of pneumonia and advice about contraception, pregnancy and childbirth.

Although recruiting female workers is a major challenge in Afghanistan’s conservative society, 120 female volunteers are involved in the programme. Increasing knowledge among women, the main carers, is necessary to improve the health of children and families.

Trained volunteers share knowledge and spark changes in behaviour. Between 2008 and 2010 the number of households able to spot signs of pneumonia increased by from 51 per cent to 83 per cent.

The proportion of people using improved latrines increased by the same amount – reducing the risk of potentially fatal diseases like dysentery.

Improvements to water and sanitation

From 2008 to 2010, the number of people consuming cleaner water from sources like wells rather than polluted rivers or unprotected sources rose from 44 to 84 per cent.

New facilities mean that water takes less time to collect – and there is a lower risk of children missing school because of illness.

With armed violence continuing to put communities in danger and make accessing even basic health services difficult, the programme is a lifeline for thousands of people in Afghanistan.