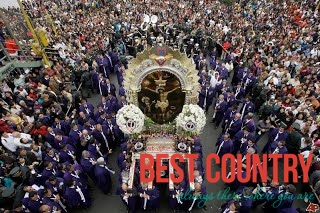 Peru Religion is varied and multiple. Christianity in Peru religion is a heritage of the Spanish conquest and for this cause Peru is chiefly a Catholic country. Roman Catholicism is the official religion of Peru.

When the Spanish came to Peru during early 1530s the Catholic religion was also brought by them. Many Protestant churches and cathedrals are found in Peru.

According to the estimation of the year 2003 Peruvian Religion comprised of the following:

Among Peru's population approximately 80% people are Roman Catholic. Apart from Roman Catholicism the other religions found in Peru are Muslim, Hindu, Buddhism, etc.

Peru has a population of approximately 27.2 million. Some of the major religious communities of Peru are-

The Church of Jesus Christ of latter day saints