Pisco, a kind of brandy, is the national drink of Peru. It originated during the colonial period as a then, cheaper substitute for the Spanish liquor known as Orujo. Nevertheless Orujo is a product made from the spoils of wine production, Pisco, in the other hand, uses fresh grapes very much as wine does.

This distilled beverage made from grapes is produced in various regions of the country. Pisco Sour is a cocktail made from pisco combined with key lime juice, the white of an egg and sugar. Chilcano  also made with Pisco, is a very refreshing cocktail as well.

Wines come from many different regions of the country, most notably from the Ica Region.

Beer, as in many countries, is popular at all levels of society. Local brands include Pilsen Callao and Cristal. A couple of regional beers are Arequipena, Cusquena and Pilsen Trujillo from Arequipa, Cuzco and Trujillo respectively; though Cuzquena is popular nationwide and is exported worldwide. A common beer drinking ritual among many Peruvian men involves a group sharing one glass.

The party holding the bottle waits for the prior person to drink from the glass before receiving that glass, filling it and passing the bottle on to the next in line. While this custom is more common among men of lower echelons of society, people of higher social status, particularly youth and occasionally women, take part in this custom. 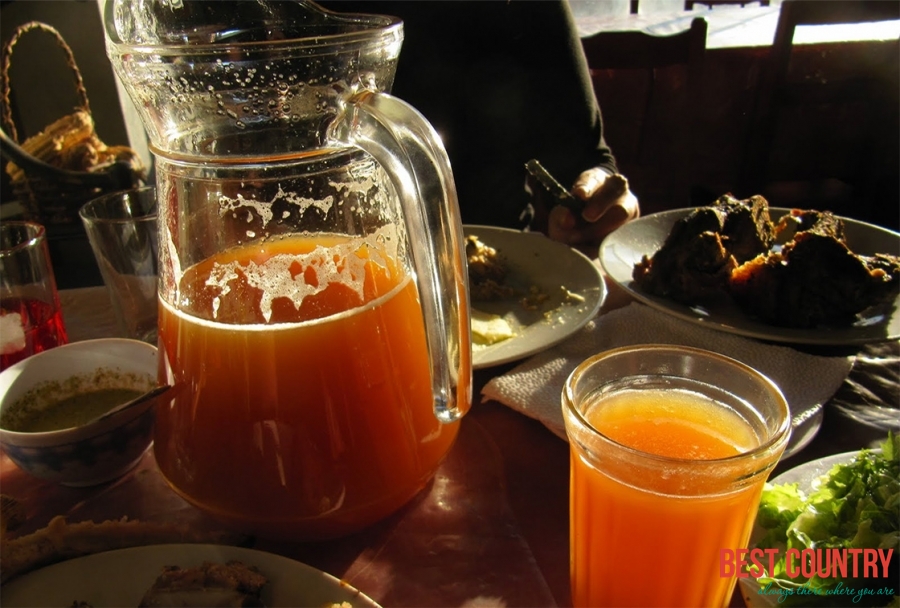 Chicha de jora is another well-known drink, based on different varieties of fermented maize and different aromatic herbs, depending on the region of the country. Its consumption is mostly limited to the Andes area.