Lima is the capital of Peru 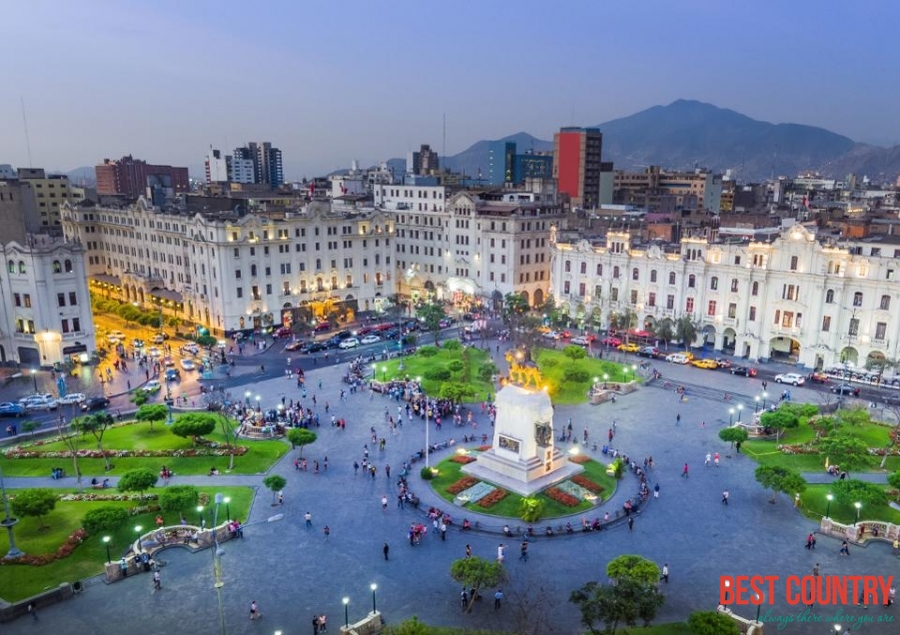 Lima is the capital and largest city of Peru. It is located in the valleys of the Chillón, Rímac and Lurín rivers, in the central part of the country, on a desert coast overlooking the Pacific Ocean.

Lima's architecture is characterized by a mix in styles as reflected from shifts between trends throughout various time periods of the city's history. Examples of early colonial architecture include such structures as the Monastery of San Francisco, the Cathedral of Lima and the Torre Tagle Palace. These constructions are generally influenced by the Spanish baroque, Spanish Neoclassicism, and Spanish Colonial styles. After independence, a gradual shift towards the neoclassical and Art Nouveau styles took place. Many of these constructions were greatly influenced by French architectural styles. Many government buildings as well as major cultural institutions were contracted in this architectural time period. During 1960s, constructions utilizing the brutalist style began appearing in Lima due to the military government of Juan Velasco. Examples of this architecture include the

Museum of the Nation and the Ministry of Defense. The 21st century has seen the appearance of glass skyscrapers, particularly around the city's financial district. Also there are several new architectural and real estate projects.