Kvass is an ancient and still widely popular bread-based drink. The basic method of preparing kvass includes water, flour and liquid malt; these ingredients are used to make a dough that is subjected to fermentation. This results in a beverage with very low alcohol content.

Commercial kvas is often around 0.5% alcohol. The fermented liquid, referred to as "zator," is diluted with water and mixed with yeast, sugar, and aromatic additives. This final mixture is allowed to brew for several days.

Flavor additives may include fruit and berry juices (cherry, raspberry, lemon, etc.), as well as ginger and mint.

Sbiten, another non-alcoholic (or very low alcohol) drink, is made of honey, water, fruit juices, and spices.

Sbiten was once the most popular non-alcoholic bevarage in the country, but in the last few centuries it has been superseded and largely replaced by tea.

Another popular drink is mors, which is made of sweetened fruit juices diluted with water.

Tea is by far the most common drink in contemporary Russia.

First introduced from China in the 17th century, its popularity has since spread throughout the country.

Black tea has always been the dominant variety, but after the Russian acquisition of Central Asia, awareness of and interest in green tea began to increase slowly.

Today Russia remains one of the largest tea consumers in the world.

Most tea is imported, and until the Sino-Soviet split, originated mostly in China.

Now Russia imports most of its tea from India and Sri Lanka, with Darjeeling being the most prized variety. Domestic cultivation exists in the southern regions of the country (mostly in Krasnodar Krai), but local supply is very limited compared to national consumption. 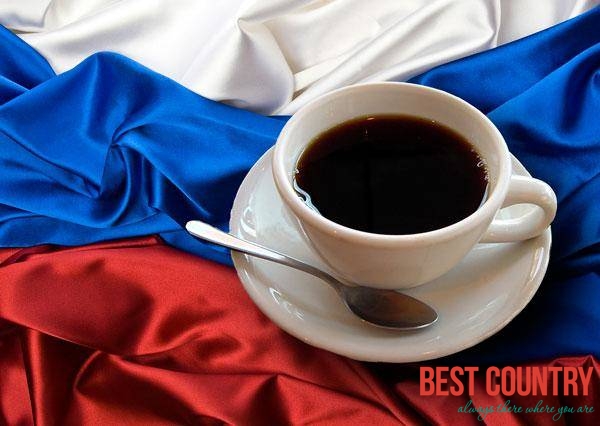 Coffee, although popular, has never caught up to tea in popularity.

Peter The Great is credited with introducing coffee to Russia, with the drink becoming steadily more pervasive since that time. Coffee is commonly made either using the Turkish or common European methods.