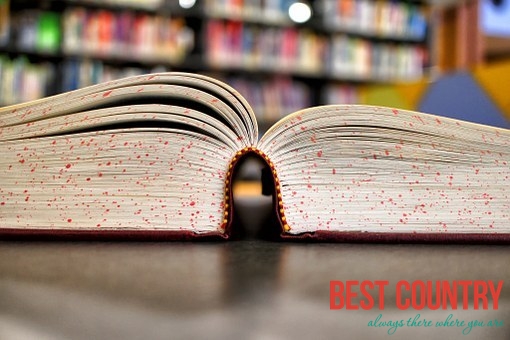 Polish children begin the education in the primary school (szkoła podstawowa) when they reach the age of six or seven years. They attend there until they are twelve years old. Next they attend the lower secondary school (gimnazjum) for three years. Lowe secondary school is obligatory for every child, there aren't any enterance exams. The exam at sixth class of the primary school (which is the last class at this stage of education) is a kind of inside exam.

The idea of not taking the entrance exam is better, because it is less stressful for the pupils. In Poland there are a lot of types of secondary schools.

There are the comprehensive schoolsof general education, then technical schools, which prepare to the certain professions and vocational courses.

When students finish their secondary education, some of them decide to study at colleges or universities.

The pupils who decide to study at university must pass the Matura Exam, which is sort of a school leaving exam, taking place in May by the end of the secondary school.

What should be changed in Polish education system? Firstly, the class are too numerous and Polish schools are poorly equipped.

The program of education should be modernized.The situation for young people in Poland seems to be very difficult.

There is a high unemployed rate and it isn't easy to find a good job, no matter what kind of education you possess.

That's why so many young people decide to study to obtain better perspectives. Anyway I hope that when we finish our education the situation will change for better.

In the lower education the old system used up to the early 1990s was:

The grades were used to rate each student's performance at the end of a school year and getting a 2 meant that the student would have to repeat the class or correct the grade by taking an additional exam (egzamin komisyjny) before a committee specially assembled for the exam.

Grades 3 and higher allowed to proceed to the next class.

The grades given for individual assignments, exams etc. during the school year were based on the same scale, but allowed also intermediate grades, made by adding a plus, a minus or, in case of some teachers, a double minus, to the base grade.

These "fractional" grades had no official recognition in the system of final grades, but the common practice was to base the final grade on the average of all the grades accumulated over the year.

Fulfilling all the expectations usually meant a 5, with 5+ being occasionally given as an "exceeds expectations" grade.

The full scale was therefore:

(where "=" did not mean "equals" but was a common way of writing "a double minus" by those teachers that used such grades).

In the early 1990s the system was extended by introducing new grades, 1 and 6.

In the new system, 1 is the failing grade, 2 to 5 are normal passing grades, and 6 means that the student exceeded the expectations. The system is used like the old one. Adding minuses to a 6 is extremely uncommon. The performance that is better than 5 but does not deserve a 6 is usually graded 5+.

So the full scale is:

Grades below the lowest official passing grades, that is 3=/3- in the old system or 2=/2- in the new one, in case of some teachers mean that an extra examination is necessary before passing the student.

Because getting a 1 (2 in the old system) in any subject means that the student has to repeat the year, including all subjects that were passed, the teachers are very reluctant to give a failing grade and usually allow some form of special examination in the last weeks of the year to correct the grade to 2 (respectively 3).

For the same reason, the failing grades are usually only given in the "important" subjects (like Polish language or mathematics).

There is in grade 2.5 5.5 or 6.0 is sometimes given as an "exceeds expectations" grade, but this differs among various universities and may be equivalent to 5.0 for some purposes. "3-" is occasionally (but very rarely) given as a "barely passing" grade, but for all official purposes it is equivalent to 3.0.

The grading is done every semester (twice a year), not once in a school year.

Depending on the subject, the final grade may be based on the result of a single exam, or on the student's performance during the whole semester.

In the latter case, usually a point system, not the 2-5 scale is used. The points accumulated during the semester are added and converted to a final grade according to some scale.

As a failing grade means merely having to repeat the failed subject, and can usually be corrected on a retake exam (and in some cases also on a special "committee exam"), it is used much more liberally, and it is quite common for a significant number of students to fail a class on the first attempt.