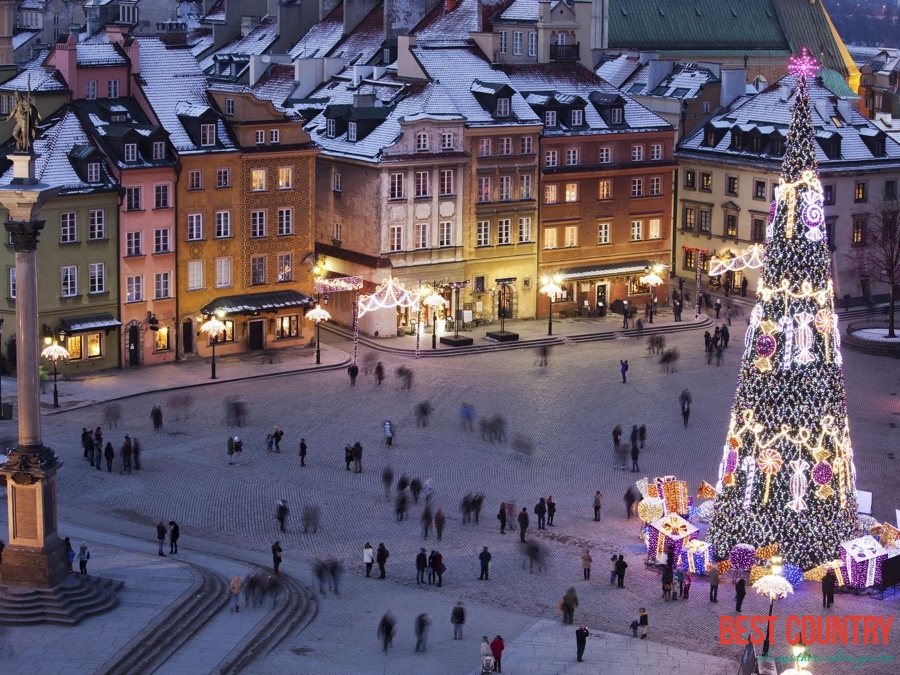 Traditionally, Advent is an important season in the Polish year, with special church services, known as Roraty, being held every morning at 6am. The four Sundays of Advent are said to represent the 4,000 years of waiting for Christ.

During Advent and, in some homes, on Christmas Eve, bees wax or plain wax is poured on water, and fortunes are told from the shapes which emerge.

Special tasks carried out during Advent are the baking of the Christmas piernik or honey cake, and the making of Christmas decorations.

Pierniki are made in a great variety of shapes, including hearts, animals and St Nicholas figures. Traditional decorations include the pajaki, which are handmade mobiles, stars and decorated egg shells. Pajaki are traditional decorations, rather lots of bomb lets, colorful paper chains and lots of electric lights.

Beautifully lit Christmas trees are placed in all public arenas, outside churches and in homes. Traditionally the trees are decorated with shiny apples, gift walnuts, beautifully wrapped chocolate shapes and many homemade decorations and candles.

On the top of the tree is a star or a glittering top piece. In many homes, sparklers are hung on the branches of the trees giving it a magical air. Sometimes the trees are left standing until February 2nd, the feast day of St Mary of the Candle of Lightning.

During Advent, the Gwiadorze or star carriers or carol singers, used to begin wandering through the towns and villages and this would continue until Epiphany.

Some of the Gwiadorze sang carols, others recited verses or put on Szopke or puppet show, or herody or nativity scenes. The last two customs are developments from traditional manger scenes or Jaselka or crib.

Christmas Eve, Wigilia, is an important part of the Polish Christmas, in fact, the most important rituals are celebrated on this day.

A traditional food found in Poland is Oplatek which is a piece of bread pressed with a holy picture on the surface.

Oplatek is more symbolic than real food. We celebrate with at least 12 different vegetarian dishes like: mushroom soup, carp, cabbage with pea, stuffed dumplings, and shells macaroni with poppy "makielki". In some homes - some hay is put under the tablecloth (it is connected with Christ's manger).

People once carried these oplatek from house to house and wish their neighbors a Merry Christmas.

Nowadays, the bread is mostly shared with members of the family and immediate neighbors. As each person shares the bread, they would have to do two things: forgive any hurts that have occurred over the past year and to wish the person all the happiness in the coming year.