Wódka, in English vodka, is a very well known pure alcohol, having its origins in Poland, Russia and Ukraine. Vodka has most oftentimes about 40% of alcohol and it is a product of distillation, thinned with water in 2:3 ratio. 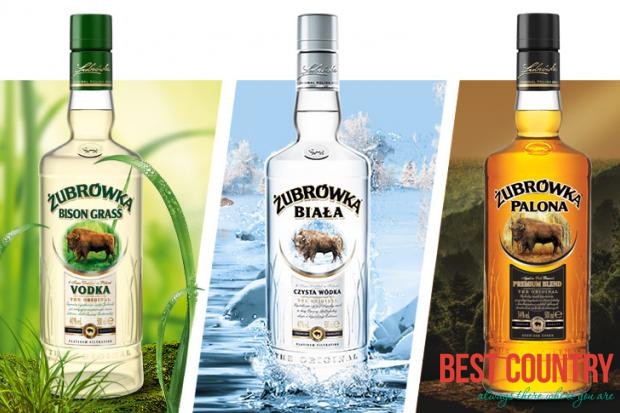 Vodka is produced of grains, potatoes or more rarely of sugar beets. Vodka not only in Poland and Russia belongs to the most important 'national' alcohols.

Also other countries of Central and Northern Europe deal with the production of vodka, they are recognized as so-called 'Vodka belt countries'. These are the following countries of the European Union: Poland, Finland, Lithuania, Latvia, Estonia and Sweden.

A well-known Dutch vodka BOLS is also produced in Poland (since 1994).

Beer is an oldest and most oftentimes drunk alcohol in the world.

Also in Poland beer's popularity is huge, though not equaling Czechs, Germans and Irishman who lead the way in this subject Brewing traditions on Polish land reach very, very old times of early Slavic people and beginnings of the Polish statehood.

The oldest document recalling the Beer in Poland is 'The Polish Chronicle' by Thetmar from Merseburg. In this chronicle Polish King Bolesław I the Brave (reign: 992-1025!) was dubbed into the beer drinker.

The most popular Polish brands of beer are (in Poland): Zywiec, Tyskie, Zubr, Lech, Okocim, Warka, Debowe Mocne, Tatra. Obviously many companies produce their beers in a few equally popular varieties, e.g. Zywiec and Zywiec Porter, Warka Strong, or for types of Okocim. In Poland there is a large number of small breweries, with little market reach but producing delicious beers - definitely worth trying.

Polish liqueurs - 'nalewka', are alcoholic extracts from fruits, spices, flowers or herbs. Nalewki usually contain 40-45 per cent of alcohol, just like vodka. However, according to many people they taste much better and are equally popular both amongst Men, as well as Women

Mead is one of traditional Polish alcohols. In Polish it is known as miod pitny, what means 'drinkable honey'. It is produced by fermentation of honey.

Meads are sometimes made with various juices to improve the taste, as well as with herbs and spices. Mead made from pure lime honey was peculiarly valued in past.

It's popularity is not as high as vodka's and especially beer's, but the taste is really great. You can find and buy different kinds of Polish meads, known as 'poltorak', 'dwojniak', 'trojniak' or 'czworniak', differing in taste, alcohol and honey concentration.