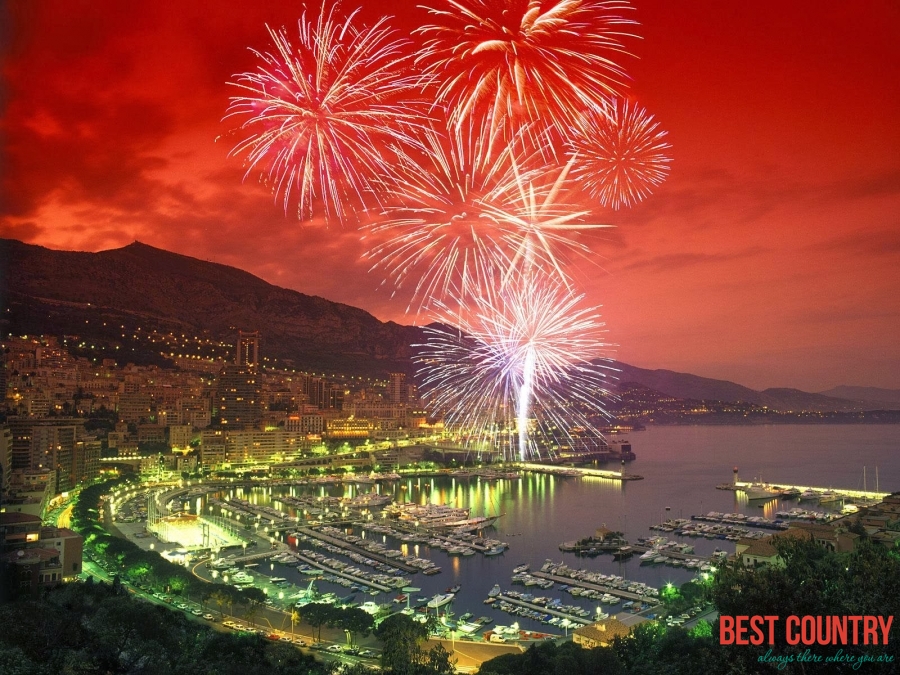 Faithful to a tradition which goes back to 1857, the Monégasque National Holiday is now celebrated on 19th November, Saint Rainier's day.

Previously, the Festival of Saint Dévote was observed as the National Holiday.

A Thanksgiving Mass with a program of choice music, the conferring of honors and decorations, a gala evening at the Opera House, treats for children and elderly people and a grand firework display all contribute to make this day of gaiety the great Festival of the Monégasque people.

Numerous traditions, which, lapsed today but perhaps only temporarily forgotten, bore witness right up to the last century either to the religious spirit or joy of living of the Monégasques.

The traditions of Saint Blaise, very popular among country people : the peasants came in procession, often on the backs of donkeys, from the plain of the Condamine or its neighboring hills, to have the seeds of their future crops blessed together with several handfuls of figs ; these latter had the power when drunk in an infusion of curing tonsillitis and seasonal colds.

The tradition of the "Mays" with, from the first to the last of this month marking the height of Spring, dances ("farandoles") round a Maypole, decorated with flowers and red and white ribbons - the Monégasque colors - set up in the very center of the Palace Square.

The tradition of the "pignata" ball, organized on the first Sunday of Lent, which takes its name from the cooking pot which members of the crowd, their eyes blindfolded, tried to break at intervals with heavy blows of their sticks.

The tradition of the "ciaraviyù" (the Monégasque form of the French word" charivari" meaning "row or racket") which consisted of providing the most unharmonious serenade possible, continuing all night long, under the windows of newlyweds when they formed a far too disparate couple.

Plus many others which the National Committee of Monégasque Traditions, established in 1924, is trying to revive - as it has already revived, to quote only one example, the tradition of Saint Nicolas, the patron saint of good children, on 8th December.