Luxembourg is a small and wonderful country in Europe. This tiny country has proud and unique traditions and is hospitable and hearty. Here, the delicacy of France and the generosity of Germany combine in an entirely different way than one finds in Belgium. 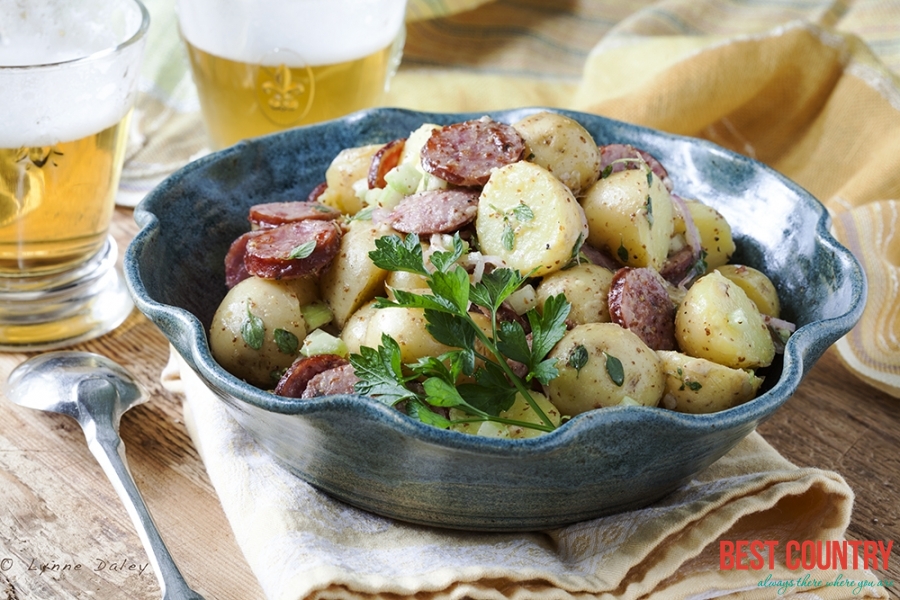 Cuisine in Luxembourg is very personal and its traditions are primarily borrowed from Germany, France and Belgium; however, this country has established its very own traditions. It serves some of the best river fish, desserts and pastries.

The best drink to go with the fried fish is, without a doubt, a glass of the fantastic local beer or fine white wine.

Due to the country’s tiny dimensions, national cuisine does not differ much from region to region. What differs regarding local differences are the borrowed recipes. In regions closer to France there are, naturally, more French-named dishes.

The same goes for Germany and Belgium. Interestingly, in recent years Luxembourgian cuisine has been largely influenced by southern countries such as Portugal and Italy. This is due to the considerable number of immigrants from these countries.

As a result, there are more spices and exotic tastes, which prove to be a very interesting mix of European flavours.

Various influences have resulted in a variety of specialities. German influence can be seen in the surplus of potatoes and sausages. They are very popular here, prepared and served in thousands of ways.

Thueringer, which are small sausages sold most often directly in the streets, are of special fame. They're cheap and quite tasty.

The Gromperkiche is a potato pancake, delicately spiced, prepared with chopped parsley and onions and deep-fried. Sausages with mashed potatoes is a popular dish that is also very often served.

French cuisine has offered some excellent kinds of cheese, a taste for fine wines and delicious dishes with original French names. The pâté, for instance, is a paste most often made of meat, but it's also available in a vegetarian version.

Another typical speciality based on meat is the Cochon de lait en gelée – this is a jellied suckling pig.