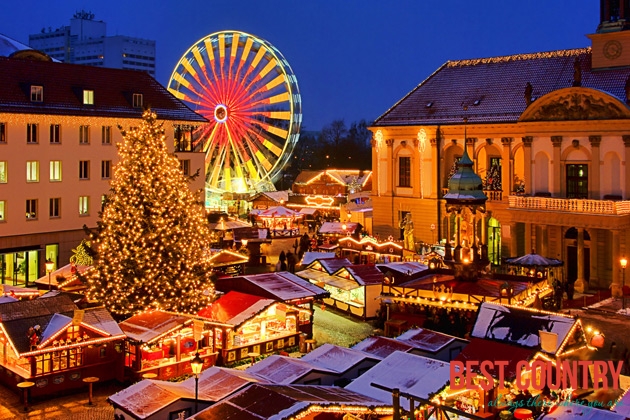 Many holidays and traditions come about through historical events, local folklore and legends. Germany is no different. This country is one with a long, rich history that has helped formed its own customs, traditions and holidays.

The Erntedank celebration is the German version of the U.S. Thanksgiving Day celebration. It is a time for Germans to acknowledge the work and accomplishments that have transpired throughout the country's fields and gardens over the past year.

The most common day to hold the celebration is the first Sunday in November. The celebration is usually an all-day event that takes place at a church. Normally, there is a morning service that is followed by parades, music, dancing and food. There are some celebrations that end with fireworks after the evening church service.

Legend has it that on the last night of April, witches gather at the highest peak in the Harz Mountains, or Brocken, to hold a great celebration and wait for spring to arrive.

While the holiday is pagan, the name is not. Walpurgisnacht is named after Saint Walburga, who became a nun before she traveled to the convent of Heidenheim in Wurttemberg in Germany.

She died in 777 and was later granted sainthood. Her Saint Day is May 1; therefore, April 30 is known as Walpurgisnacht.

This holiday is celebrated in many different ways throughout central and northern Europe. These include holding bonfires, community picnics in parks, community festivals, dressing up as witches and playing pranks on neighbors and friends.

St Nikolaus was a bishop who died in 343. He was well known for doing good deeds throughout his life, especially for people in much need.

One traditional German celebration of this holiday features a long-bearded man going from door to door to visit the children.

Just like an American Christmas, each child in town is asked if they have been a good boy or girl. Often, the children will sing songs or recite poems to show St. Nikolaus how worthy they are to receive gifts.