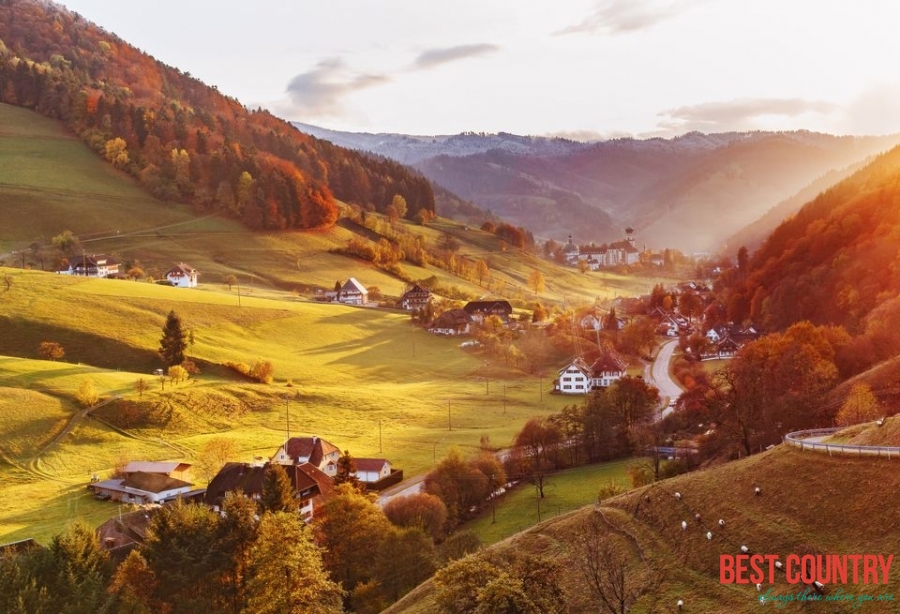 Most of Germany has a temperate seasonal climate in which humid westerly winds predominate.

The climate is moderated by the North Atlantic Drift, the northern extension of the Gulf Stream. This warmer water affects the areas bordering the North Sea; consequently in the north-west and the north the climate is oceanic. Rainfall occurs year-round, especially in the summer. Winters are mild and summers tend to be cool, though temperatures can exceed 30 °C (86 °F).

The east has a more continental climate; winters can be very cold and summers very warm, and long dry periods are frequent. Central and southern Germany are transition regions which vary from moderately oceanic to continental. In addition to the maritime and continental climates that predominate over most of the country, the Alpine regions in the extreme south and, to a lesser degree, some areas of the Central German Uplands have a mountain climate, characterised by lower temperatures and greater precipitation.