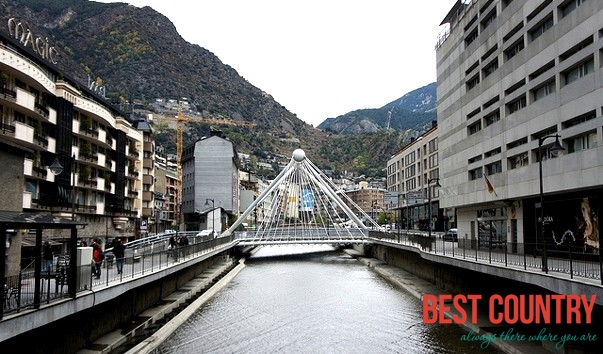 Andorra is a very small country situated in the Pyrenees Mountains, so the country's natural resources are limited to what can be gathered from that terrain. They have hydropower and mineral water from the mountain streams and rivers. They have timber from the forest-covered mountains. They can also gather iron ore and lead from the rocky mountain terrain.

The Gran Valira (Catalan pronunciation: [ˈgɾam bəˈɫiɾə], locally: [ˈgɾam baˈliɾa]) is the biggest river in Andorra. It flows through the capital, Andorra la Vella, and exits the country in the south near the Spain-Andorra road border crossing.

It flows into the Segre in La Seu d'Urgell. Its main tributaries are the Valira d'Orient, the Valira del Nord and the Madriu. The Valira river system is 35 km long.

The Ariège (Occitan: Arièja) is a 164 km long river in southern France, right tributary of the Garonne. Its source is in the Pyrenees, where it forms part of the border with Andorra. It flows north through the following départements and cities:

It flows into the Garonne in Portet-sur-Garonne, south of Toulouse. If the Latin origin of its name (Aurigera) is to be trusted, the Ariège is supposed to carry gold nuggets.