he Principality of Andorra is located in South-Western Europe situated in the eastern Pyrenees Mountains. Andorra borders with France to the north and Spain to the south. Andorra was both under French and Spanish occupation until the World War II when it became independent. Andorran cuisine is mostly Catalan with French influences due to the fact that it is just between these two countries. Andorran cuisine combines the Spanish and the French cuisine with the local dishes.

Because it is a mountainous country sheep are the most common animal raised in Andorra while the Lamb meat and sheep products are very popular in Andorran cuisine as well as Pork meat.

Local dishes are heavy on pasta, meat and vegetables like potatoes, tomatoes, cabbage, and celery. Beside Lamb and Pork meat, people from Andorra also consume poultry, rabbit and Pork products like Ham, sausages.Lots of food is cooked in Andorra.

Due to the fact that Andorra is situated between France and Spain, Andorran cuisine is mainly Catalan and it also combines with French and Italian cuisine but in a small proportion. Pasta, meat, fish and vegetables are the main ingredients for every meal.

In the northern region of Andorra the French and Italian cuisine is prevailing and its main characteristics are the daily use of pasta, cheese, bread and fish; while in the southern region Catalan cuisine influences were adapted.

Local dishes include the following dishes: trinxat made of Bacon, cabbage and potatoes; cunillo which is rabbit stewed in tomato sauce; xai which is actually roasted Lamb; coques are flavored flat cakes and truites de carreroles which is actually an omelet made with mushrooms. Andorran local dishes also include sausages, cheese, and a large variety of Pork and Ham dishes and a vast variety of vegetables.

Andorran cuisine uses elements from various cooking traditions borrowed from their neighbors and developed from their own traditional dishes.

While there are no specific or unique preparation methods for Andorran cooking, we should point out that attention to detail is important in the Andorran cuisine.

Using the right amount of spices for example is essential – either for spicing up the taste or for coloring the dish. The diversity of vegetables and cereals found in Andorra is also noticed in the delicious dishes belonging to their cuisine.

The visual attractiveness of the dish is also important, and a balance between colors and proportion differentiates. Each traditional dish has a special cooking method, which is more or less general in all of Andorra’s regions.

Meat is one of the main elements of most Andorran dishes and cured and smoked hams are often parts of delicious dishes.
Special Equipment for Andorran Cooking Edit 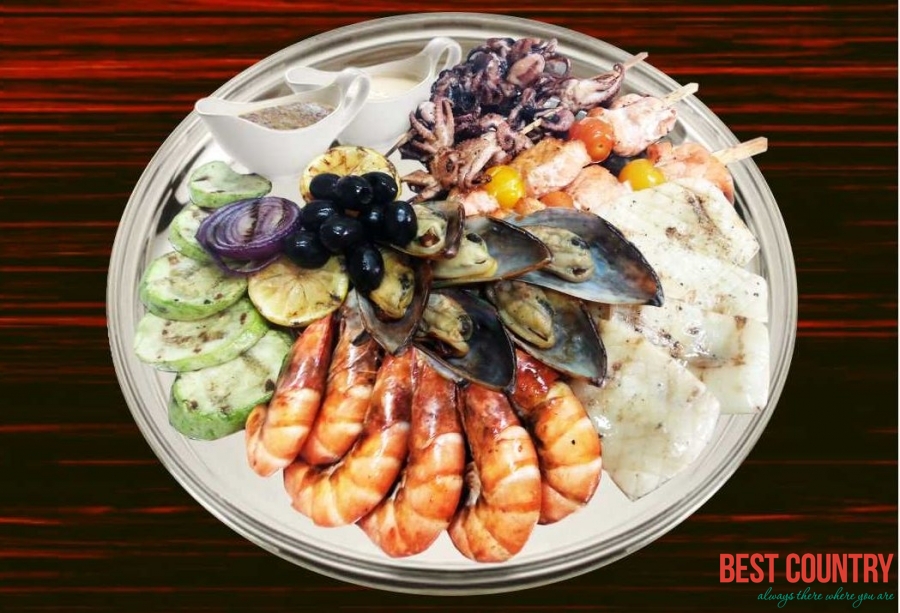 Ranging from cake pans, can openers, colanders, egg rings, poachers and holders, food dishers and portioners, food pans and food containers to other kitchen utensils, such as food scales, food scoops and fryer baskets and accessories, the Andorran cuisine needs a diverse cooking equipment set in order to produce the most sophisticated Andorran dishes.

You should consider insulated food carriers if you are transporting the food and a full set of kitchen linens and uniforms if you wish to look like a pro.

For the national holidays people from Andorra prepare traditional food such as escudella which is a stew of Chicken, Sausage and meatballs and xai which is actually roasted Lamb. On these special days Andorran families serve traditional food along with traditional drinks on family dinners and feasts.

Are you into Andorran Cooking and would like to be interviewed?

There are many chefs who creatively use the basic ingredients and cooking method for traditional Andorran dishes and create original and delicious food variations.

Andorran chefs are passionate about their traditional dishes and they enjoy presenting them to foreigners who have never tasted them before. Whether they are cooking dishes that go back in time for centuries or brand new, modern dishes, Andorran chefs take pride in what they do, and this is readily noticeable in the unforgettable taste of their cooking.