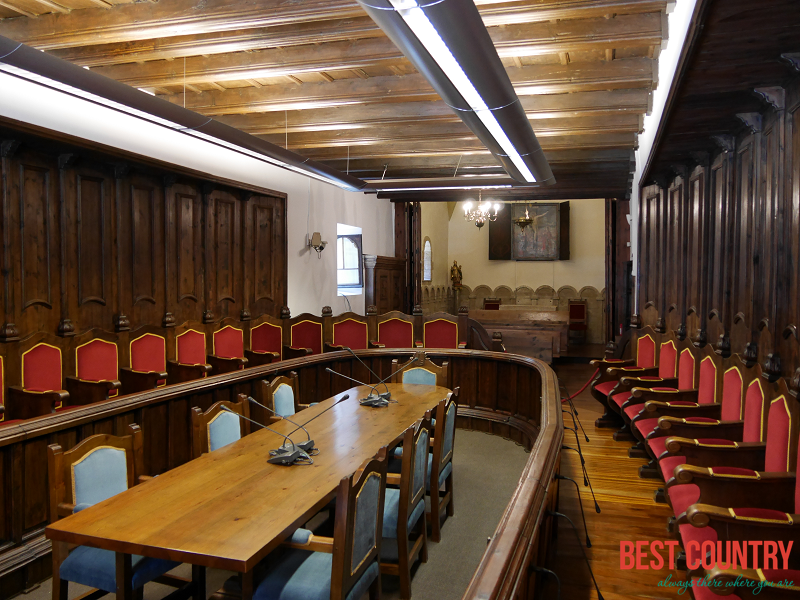 The politics of Andorra take place in a framework of a parliamentary representative democratic country, whereby the Head of Government of Andorra is the chief executive, and of a multi-party system. Executive power is exercised by the government. Legislative power is vested in both the government and parliament. The judiciary is independent of the executive and the legislature.

Before 1993, Andorra's political system had no clear division of powers into executive, legislative, and judicial branches. A constitution ratified and approved in 1993 establishes Andorra as a sovereign parliamentary democracy, that retains as heads of state a co-principality (or duumvirate), but the head of government retains executive power. The two co-princes serve coequally with limited powers that do not include an individual veto over government acts (however, a bill can in effect be "vetoed" if both do not sign the legislation). They are each represented in Andorra by a delegate.

The fundamental impetus for this political transformation was a recommendation by the Council of Europe in 1990 that, if Andorra wished to attain full integration in the European Union (EU), it should adopt a modern constitution that guarantees the rights of those living and working there. A Tripartite Commission – made up of representatives of the co-princes, the General Council, and the Executive Council – was formed in 1990 and finalized the draft constitution in April 1991, making the new Constitution of Andorra a fact.

One remaining, though symbolic, legacy of Andorra's special relationship with France and Spain, is that the Principality has no postal service of its own – French and Spanish postal services operate side by side, although each of them issues separate stamps for Andorra, instead of using their own.

The Government directs the national and international policies of Andorra. It also directs the administration of the State and exercises the power of regulation.

The Government of Andorra is made up of the head of Government and the following ministers:

The communes represent and administrate the interests of the parishes, approve and execute the commune budget, fix and carry out the public policies and manage and administrate all the assets in commune ownership. They have their own resources and receive transfers of capital from the general State budget, for the purpose of guaranteeing financial autonomy.