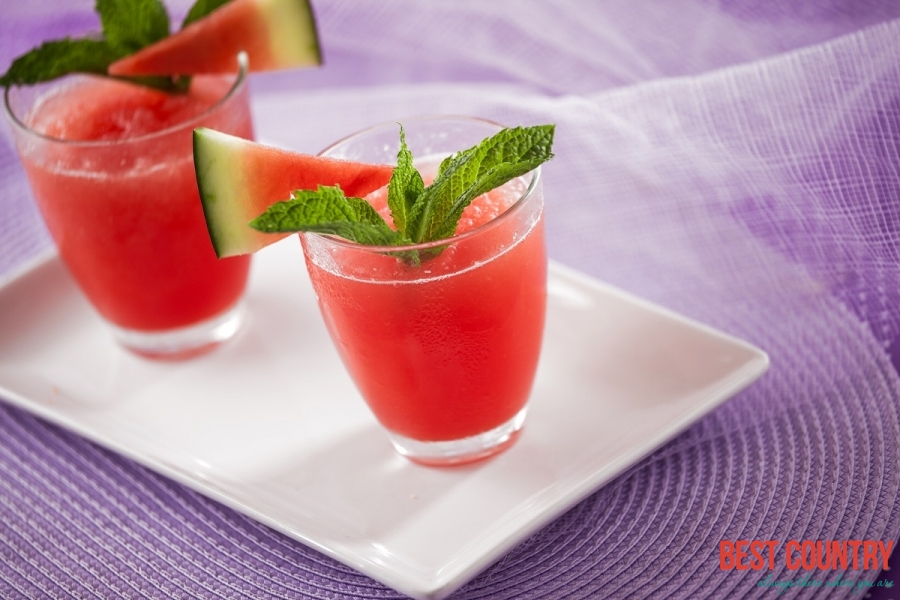 In Andorra you will find many Catalonian specialities. One of them is the famous Granizado.

It can be made from various drinks; from orange or lemon juice, from coffee or liqueurs with crushed ice blended until the drink resembles a thick purée.

Andorra shares many of traditions from Catalonia.

One of them is drinking Orxata. This drink is known also in many other parts of the world, you can find it in Latin America, in the United States and its origins have been traced to ancient Egypt.

Spanish brandy is now mostly made in the south of the country, in the sherry-producing region around Jerez de la Frontera, but Catalunya has a longer history of production.

Catalan brandy is aged in individual casks (not by the ‘solera’ blending system used in Jerez) and is usually transferred to older casks for longer maturing, resulting in a quality spirit more similar to armagnac and cognac.

Aiguardent The colloquial term for any distilled spirit.

Armagnac High-quality brandy from Gascony (with a pedigree predating that of cognac by some two hundred years), long-aged in oak casks.

Byrrh Wine-based aperitif blended with medicinal plants, cocoa, and orange peel; made in Thuir, near Perpignan.

Hypocras Ariègeois Ancient tonic of wine, medicinal plants, rose petals, ginger, and spices; made in Tarascon-sur-Ariège and named after Hippocrates.

Most beer is sold in bottles or as draught in small glasses (cañas). The majority of the beers available in Andorra's bars are standard international brews sold from the tap, particularly with regard to the French offerings.

However, two of the most popular Spanish brands have stronger local connections.

Damm is the name of a Catalan brewing firm which was established in Barcelona during the late 19th century; their Estrella Pilsener is one of Spain's most popular lagers and is a real thirst-quencher; their Edel all-malt beer is a richer, more mellow brew.

San Miquel is regarded as the most quintessentially Spanish beer, yet it is in fact only a relatively recent import into Spain; it actually originated in Manilla in the Philippines (once a Spanish colony), where it was brewed by Spanish monks.

Production was then brought to Spain in the mid-1950s and begun in Lleida province, using water from an aquifer of the River Segre (into which Andorra's Valira River flows).