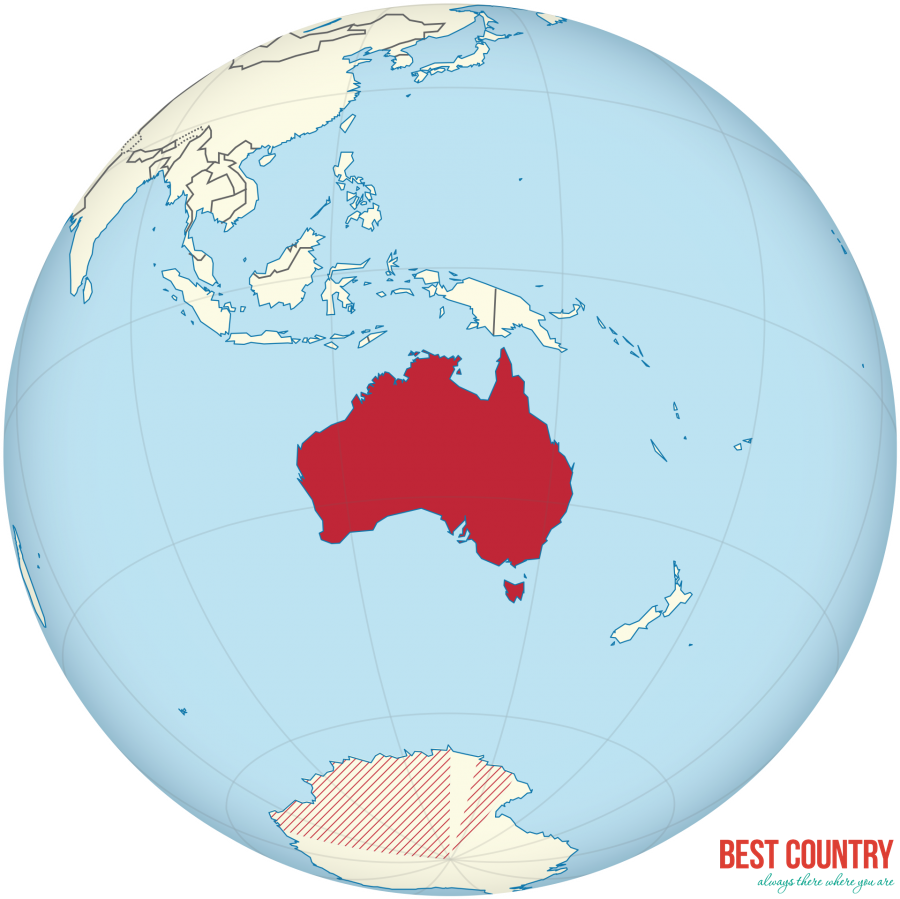 The geography of Australia encompasses a wide variety of biogeographic regions being the world's smallest continent but the sixth-largest country in the world. The population of Australia is concentrated along the eastern and southeastern coasts. The geography of the continent is extremely diverse, ranging from the snow-capped mountains of the Australian Alps and Tasmania to large deserts, tropical and temperate forests.

The countries that govern nearby regions include Indonesia, East Timor and Papua New Guinea to the north, the Solomon Islands, Vanuatu and the French dependency of New Caledonia to the east, and New Zealand to the southeast.

Australia is a continent and an island located in Oceania between the Indian Ocean and the South Pacific Ocean. It shares its name with the country that claims control over it. Properly called the Commonwealth of Australia, its territory consists of the entire continent and smaller outlying islands. This makes it the sixth largest country in the world by area of jurisdiction, which comprises 7,686,850 square kilometres (2,967,910 sq mi) (including Lord Howe Island and Macquarie Island), which is slightly smaller than the 48 states of the contiguous United States and 31.5 times larger than that of the United Kingdom.

Australia has the largest area of ocean jurisdiction of any country on Earth. It has no land borders. The northernmost points of the continental mainland are the Cape York Peninsula of Queensland and the Top End of the Northern Territory, but the northernmost point of the country lies in the Torres Strait Islands.

The Eastern Highlands, or Great Dividing Range, lie near the eastern coast of Australia, separating the relatively narrow eastern coastal plain from the rest of the continent. These Eastern Australian temperate forests have the greatest relief, the most rainfall, the most abundant and varied flora and fauna, and the densest human settlement.

Between the Eastern Highlands and the Western Plateau lie the Central Lowlands, which are made up of the Great Artesian Basin and Australia's largest river systems, the Murray-Darling Basin and the Lake Eyre Basin.

Off the eastern coast of Australia is the world's largest coral reef complex, the Great Barrier Reef. The large and mountainous island of Tasmania, also a State of Australia, lies south of the south-eastern corner of the Australian mainland. It receives abundant rainfall, and has highly fertile soils particularly in comparison to the mainland.