The Australian Wine Industry is the fourth largest exporter of wine around the world, with 760 million litres a year to a large international export market and contributes $5.5 billion per annum to the nation's economy. 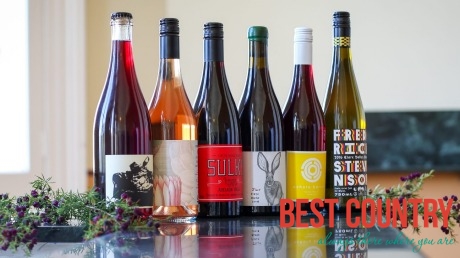 There is also a significant domestic market for Australian wines, with Australians consuming nearly 500 million litres of wine per year in the early 21st Century. Wine is produced in every state, with more than 60 designated wine regions totaling approximately 160,000 hectares.

Australia’s wine regions are mainly in the southern, cooler parts of the country, in South Australia, New South Wales, Victoria, and Western Australia. Amongst the most famous wine districts are the Hunter Region, Margaret River and Barossa Valley and among the best known wine producers are Penfolds, Rosemount Estate, Wynns Coonawarra Estate and Lindeman's.The Adelaide Hills region is also renowned for its wine production and attracts both national and international tourists.

Beer in Australia has been popular since colonial times. James Squire is considered to have founded Australia's first commercial brewery in 1798 and the Cascade Brewery in Hobart, Tasmania, has been operating since the early 19th century.

Since the 1970s, Australian beers have become increasingly popular globally - with Fosters lager being an iconic export brand. However, Fosters is not the biggest seller on the local market, with alternatives including Victoria Bitter & Carlton Draught outselling the popular export. Craft beer is popular, as well as distinctive products from smaller breweries such as Coopers and Little Creatures.

Rum served as a currency during the late 18th and early 19th centuries in Australia when metallic currency was in short supply.