The culinary history of Bahrain spreads over a wider time span from the far off Dilmun era to the present days. In between, it has also adopted both eastern and western eating habits to perfection making cuisine of Bahrain a medley of flavors. 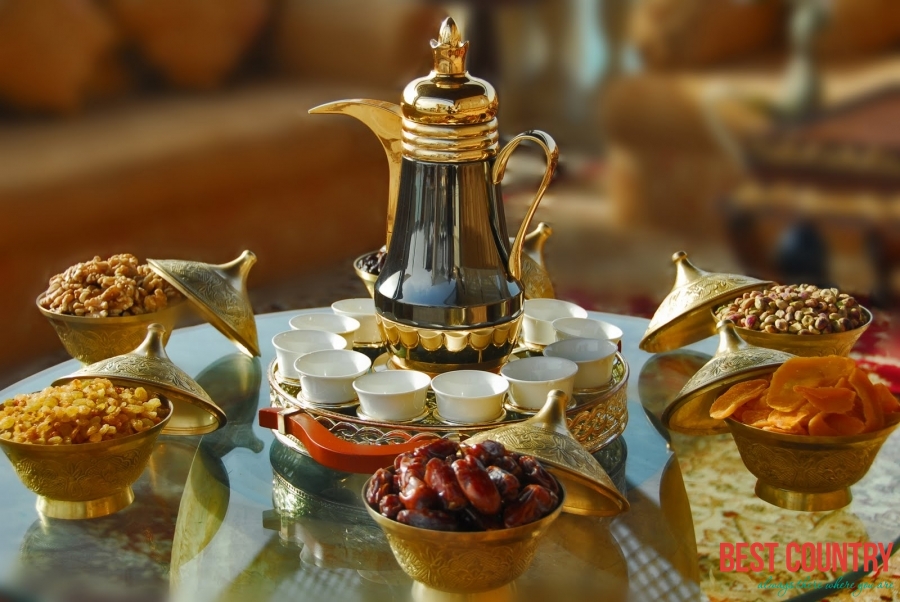 The food items in traditional Bahraini cuisine include fish, meat, rice and dates.

Among the most famous Bahraini dishes are Machboos - dish prepared with meat or fish and served with rice and Muhammar - sweet rice served with dates or sugar.

Fresh fish is an important part of the Bahraini diet. Dishes prepared with Hamour, Crayfish, Crap, Prawns, Lobster, Tuna, Safi, and Mackerel are the most popular fishes that are served grilled, fried or steamed mostly with rice.

The other popular foods items from Bahrain are Falafel - fried balls of chickpeas served in bread and Shawarma - lamb or chicken carved from a rotating spit and wrapped in pita bread.

Qoozi is another delicacy of Bahrain prepared with grilled lamb stuffed with rice, boiled eggs, onions and spices.

Traditional snacks include Samboosa - a semi-circular or triangular pastry stuffed with meat, pepper and onions, wrapped in flour and deep fried into a pastry.

The traditional bread is called Khubz - a large flatbread baked in a special oven. The bread is often served with Mahyawa fish sauce.

Gahwa is the local name for coffee. It is considered a part of the traditional welcome in Bahrain. It is usually poured into a coffee-pot called dalla and served in a small cup made especially for coffee called finjan.

The traditional Sheesha (hookah) is a highly popular among Bahrainis. It contains sweetened and often flavored tobacco and is served in most open-air coffee shops.