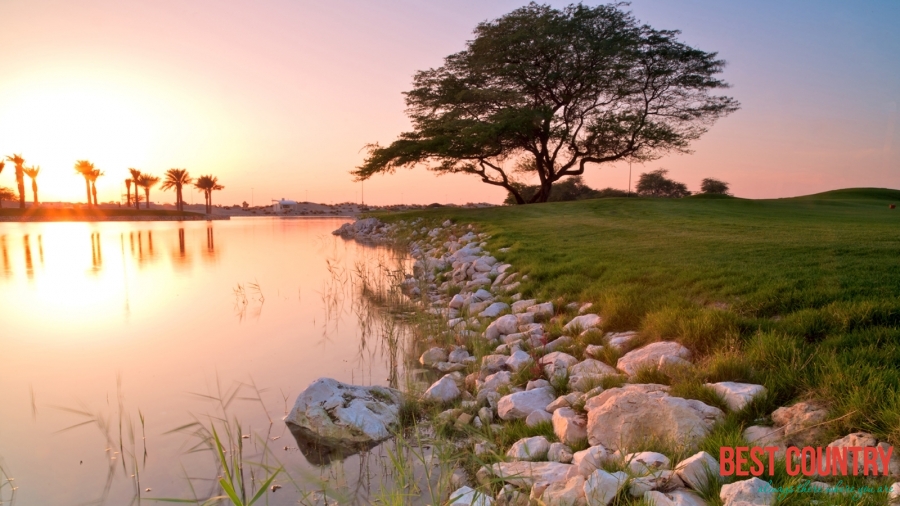 During the summer months, from April to October, afternoon temperatures average 40 °C (104 °F) and can reach 48 °C (118.4 °F) during June and July. The combination of intense heat and high humidity makes this season uncomfortable. In addition, a hot, dry southwest wind, known locally as the qaws, periodically blows sand clouds across the barren southern end of Bahrain toward Manama in the summer.

Temperatures moderate in the winter months, from November to March, when the range is between 10 and 20 °C (50 and 68 °F). However, humidity often rises above 90% in the winter. From December to March, prevailing winds from the southeast, known as the shamal, bring damp air over the islands. Regardless of the season, daily temperatures are fairly uniform throughout the archipelago.

Bahrain receives little precipitation. The average annual rainfall is 72 millimeters (2.8 in), usually confined to the winter months. No permanent rivers or streams exist on any of the islands. The winter rains tend to fall in brief, torrential downpours, flooding the shallow wadis that are dry the rest of the year and impeding transportation. Little of the rainwater is saved for irrigation or drinking. However, there are numerous natural springs in the northern part of Bahrain and on adjacent islands. Underground freshwater deposits also extend beneath the Persian Gulf to the Saudi Arabian coast. Since ancient times, these springs have attracted settlers to the archipelago. Despite increasing salinization, the springs remain an important source of drinking water for Bahrain. Since the early 1980s, however, desalination plants, which render seawater suitable for domestic and industrial use, have provided about 60% of daily water consumption needs. One of the most famous sights is Pearl Monument.