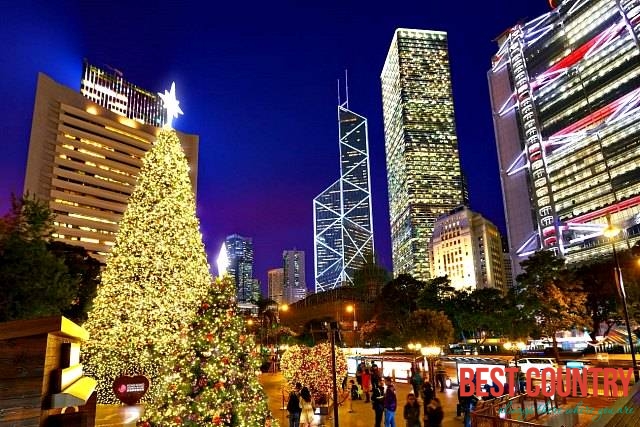 In Hong Kong, Chinese Christians celebrate Christmas with Church services in Chinese. At the Anglican Cathedral, some services are held in English, because Europeans who live and work in Hong Kong attend them as well as people from Hong Kong.

In Hong Kong, people also send Christmas cards, many of which are home made using Chinese craft techniques.

Every year in Hong Kong there is a 'Winterfest'. It's a huge winter party that involves the shops, theme parks and other attractions in Hong Kong. In 2008 Winterfest is from 28th November to the 4th January and will include a giant Christmas tree in Statue Square, a sparkling castle at Disneyland Hong Kong and a forest of 200 Christmas trees and an ice skating extravaganza at Ocean Park!

Winterfest is also famous for its New Year's countdown and displays of lights and fireworks all over the city. These are really spectacular and light up all the skyscrapers and buildings.