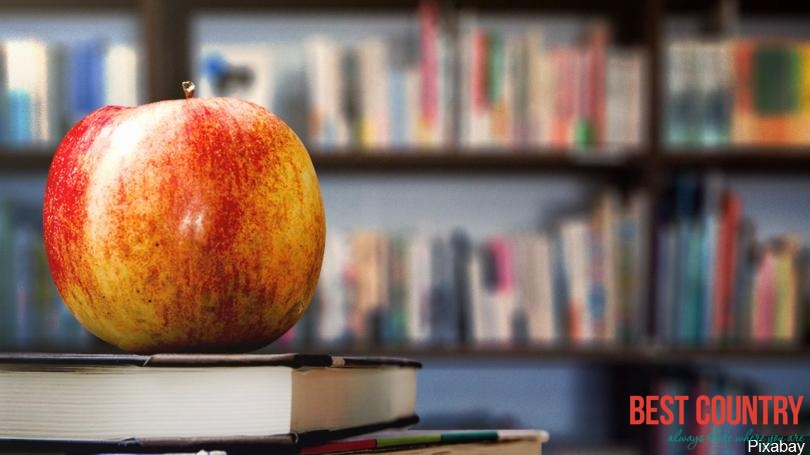 In the past, Hong Kong education was closely modeled on the system that was found in the UK.This is hardly surprising since Hong Kong was administered by Britain from 1841 to 1997, when the former UK colony was handed back to China.

However, since 1997, the education system taught in local schools has undergone a series of changes.

While some of these changes have reflected different language of instruction policies, there have also been changes to the senior secondary curriculum.

The new model, brought in at the beginning of the 2009 / 10 academic year is now more in line with those found in China and even the USA than the UK system.

While there are nine years of compulsory schooling in Hong Kong, six in primary school and three in junior secondary school, the Hong Kong government has recently moved to make it easier and more likely that the majority of students will receive 12 years of education.

The removal of fees and one series of public exams in senior secondary school is a move which will make a full twelve years’ of education a much more accessible option for a great number of students.

There has always been schooling beyond the years of compulsory education. The majority of students attend 3 years of kindergarten (K1 – K3) before attending primary school.

This leads to the HKDSE (Hong Kong Diploma of Secondary Education) exams. Students gain entry to a range of post-secondary, vocational and tertiary courses offered by a variety of institutions based on the results of the HKDSE.

The majority of university courses offered by Hong Kong universities will also undergo a change in structure for students graduating with the HKDSE.

Many courses will become 4 year programmes, partly in response to the change from four years to three years in the senior secondary years.

TThe schools provided by the Hong Kong Education Department (EDB – Education Bureau) can be divided into three main groups: government schools; subsidized schools, which are usually administered by charitable bodies; and private schools run by different organizations where admission is more often decided by academic merit (schools such as DBC and DGS are example of these types of schools).

Aside from the government system, there are private, International schools. The style of education, the language(s) of instruction and the international curricula offered by these schools appeal to both expatriate and local parents.

Many of these schools have waiting lists and all charge higher (and in many cases, much higher) tuition fees than local schools.

In the past, the local education system has been very exam-orientated. However, in recent years there have been some moves towards fewer exams ad more continuous and formative assessment. Schools usually have a strict discipline code and virtually all students wear school uniform.

Primary schools used to be separated into morning (AM) and afternoon (PM) schools as a method of dealing with the problems of a lack of space and the large student numbers. However, with changing demographics and a falling birth rate, most primary schools have moved to become whole-day schools.

While most schools are co-ed, there are a number of well-known schools with good reputations which are single-sex.

Since 1997, there have been changes to a lot of kindergartens as a way of professionalizing them. Most of the changes have involved minimum teaching qualifications for both kindergarten teaching staff and principals. As the government has also placed more emphasis on the importance of early childhood education, the curriculum in kindergarten has now been designed to provide a sound foundation for students.

The majority of local Primary schools in Hong Kong are Chinese medium of instruction and the primary curriculum covers a wide range of subjects including Social Studies, Science, Chinese, English, Mathematics, Music, Arts and Physical Education.

Students are allocated to Secondary schools through their performance in three examinations taken in Primary 5 and Primary 6. Schools are extremely competitive and parents naturally have a strong preference for their child to be allocated to a top or higher band school.

Recently, primary school numbers have been shrinking, causing the closure of some schools and resulting in the need for some teacher redundancies.

Class numbers are traditionally much higher in Hong Kong than they are in Western countries. An average class, in both primary and secondary school could have over 35 students and it can be as many as 45. The shrinking enrollments have seen a lot of debate about smaller class sizes but so far the numbers of students in a class have not been greatly reduced.

The first year of secondary school, known as Form or Secondary One, follows six years of primary education. Forms 1 – 3 have compulsory attendance and in junior secondary, the learning is broader, without students choosing specific study areas.

The majority of local secondary schools became Chinese medium of instruction (CMI) after the Handover in 1997.

Students in Forms 4-6 now prepare for the HKDSE, the examinations for which are held at the end of form 6. There are four core subjects – English, Mathematics, Chinese and Liberal Studies. Students then choose 2 or 3 elective subjects from a choice of 20.

There are also some applied learning subjects, modeled on the idea of the Btec and 6 other modern foreign languages which can also form part of the students’ choices.

Many country-specific international schools teach a syllabus from their own country. Students also might take the SAT or IELTS in order to gain entry to an overseas university.

Several direct-subsidy ‘local’ schools with a good reputation now also offer the IB and the UK GCSE / A levels. One of the reasons for this might be the government’s new 3+3+4 curriculum as parents are concerned how the HKDSE will be viewed if students want to use it to gain tertiary entrance abroad.

The number of places available for undergraduate degrees is substantially less than the number of students who actually fulfill the entry requirements for general admission to university.

From the beginning of the academic year in 2012, many courses will be extended to four years, in line with the government’s policy of 3 + 3 + 4 (three years of junior secondary, followed by three years of senior secondary then 4 years of university).

For students who fail to gain entrance to a degree programme, studying an Associate degree or a Higher diploma, which may articulate with a degree course later on, is a popular option.

It is also sometimes possible to gain a course transfer form a successfully completed Higher diploma or Associate degree into an overseas degree programme with some credit transfer.

Life-long learning has become a popular catch cry from the government and certainly taking a course seems to be a common activity among the adult population.

The majority of the universities have schools which off non-degree, adult learning courses and there are a range of other institutions as well, offering professional, general education and interest courses.

Language courses, especially English, Mandarin and Japanese are common, and many adults study as a means of improving their prospects in the employment market.

The government has even established a scheme which enables adult learners to apply for course fee reimbursement for approved courses.

There is also the Open University of Hong Kong, run along similar lines to the UK one, which gives many people opportunities to study for a degree.