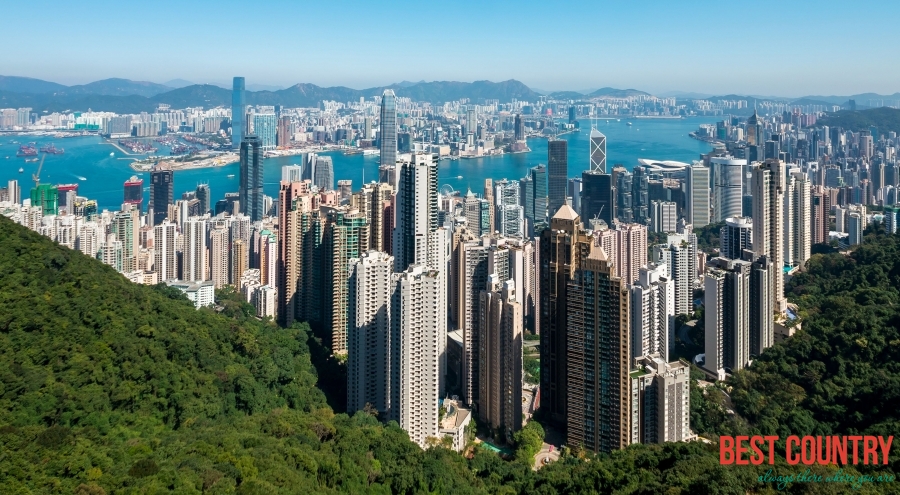 Hong Kong has a subtropical climate because of the wide temperature range and cooler winters. Even though Hong Kong's latitude is within the tropics, its seasonal changes are greater than in most places at similar latitudes. Monsoons and seasonal alternation of winds often dominate the climatic system of the country.

Spring occurs in the months of March to the middle of May.

Temperature rises ranges from 18° to 27°C (64°-80° F) and humidity averages up to 77 percent. Some, with fog, constant rain and showers, and only a few moments of sunshine, consider the transitional period from winter to summer miserable.

The average annual rainfall is 2,200 millimeters, with about 80 percent of the total falling occurring at this period. Higher statures, such as west of the New Territories and the southern islands, receive more rainfall than any other areas.

From June to mid September, summer takes over. The weather becomes hot and humid, with temperatures ranging from 26° to 33°C (78°-91°F) and humidity level at above 86 percent. It is advisable to always carry an umbrella or to wear a hat to shield against intense sunshine.

The best times to visit Hong Kong would be during autumn and winter when the air is dry and cool. These times are between the months of mid September to February.

Winter, on the other hand, starts from mid December to February. January is normally the coldest month. Temperatures can drop from 20°C to about 10°C (50°F), with occasional chills.

Visitors to Hong Kong during the monsoon period should be wary and prepared with umbrellas at all times. Dress warmly, or carry along a jacket or sweater just in case there is a sudden change in weather.