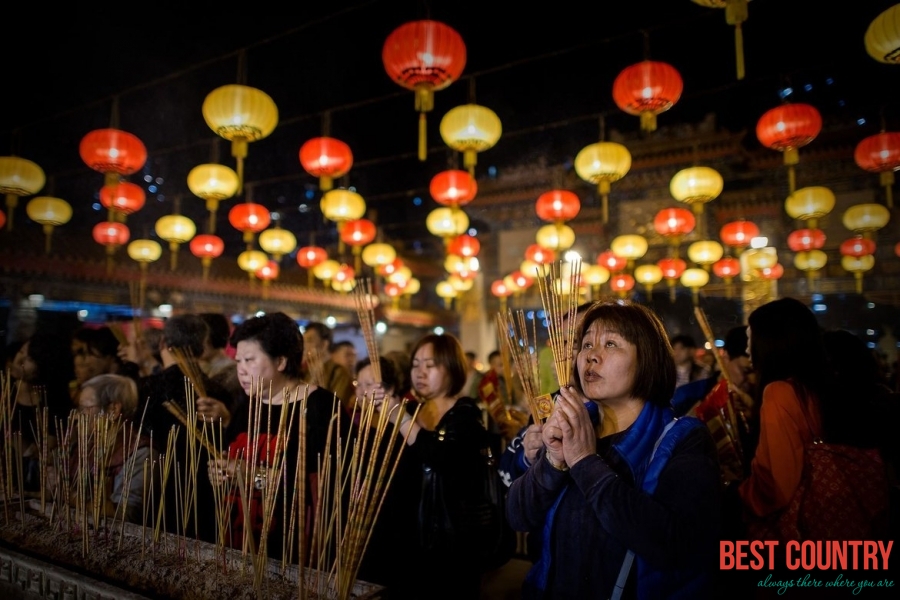 Not to be confused with Chinese New Year in Hong Kong, which is the biggest celebration of the year, New Year in Hong Kong, meaning December 31st, is also the source of big parties and even bigger hangovers. Below, you’ll find our top recommendations, from Hong Kong’s own Times Square to club parties, to enjoy the countdown.

The grandstand event of Hong Kong’s New Year’s Eve celebrations, the Times Square countdown, like its inspiration, is the focal point for those who want to join a crowd as the clock ticks down.

There will be live music and entertainment before 2012 rolls around. Be warned, the crowds are immense and you should leave yourself around an hour to reach the centre of the celebrations.

Arguably more enjoyable than the Times Square celebrations above, the New Year fireworks over the buildings of Hong Kong Island are truly spectacular.

Best viewed from Victoria Harbor on one of the all-in food and drink cruises, the skyscraper skyline, the most spectacular in the world, is the backdrop for a spectacular light, sound and firework show.

If you can’t make it onto a boat, the views from the Avenue of Stars in Tsim Sha Tsui are equally impressive.

Focal point for the city’s revellers, New Years Eve is the biggest party of the year in Lan Kwai Fong.

Most places will be charging a heavy cover charge and many will ‘all in’ deals, as in you give them basically all your money and you get a buffet and free drinks.

Again, the crowds here can be suffocating, but if you’re with a group and intent on a good time the streets and bars on Lan Kwai Fong are your best bet.

One suggestion is to take a few beers from the nearby 7-Eleven and just drink on the street, which is where everything else will be. The big name parties include Drop, Dragon-I and, in Tsim Sha Tsui, Aqua.

If you fancy something more luxurious on New Years Eve, most of the city’s luxury hotels will be laying on equally luxury set dinners.

These will not come cheap and you can expect to pay around $100 at the bottom end of the scale. What you will get is a fine meal, usually free drinks and often exquisite views of the harbour fireworks without having to suffer the crowds.

Some of the hottest tickets in town include the Grand Old Dame of Hong Kong hotels - The Peninsula - and the Four Seasons - whose restaurants have been collecting Michelin Stars in recent years.