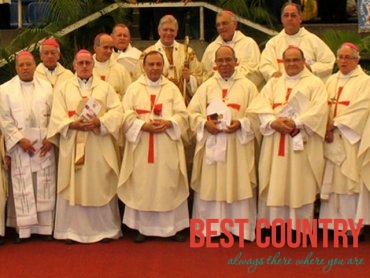 Venezuelans are constitutionally guaranteed freedom of religion provided that a faith is not contrary to public order or good custom. According to the latest government statistics in 2001, an estimated 70% of the population are Roman Catholic.

Protestants constitute 29%, and the remaining 1% profess other religions or are atheists. Of the other religions, there are small but influential Muslim and Jewish communities. Caracas, the capital city, has a large mosque

According to government reports in 2002, Protestant churches are Venezuela's most rapidly growing segment of the religious population.