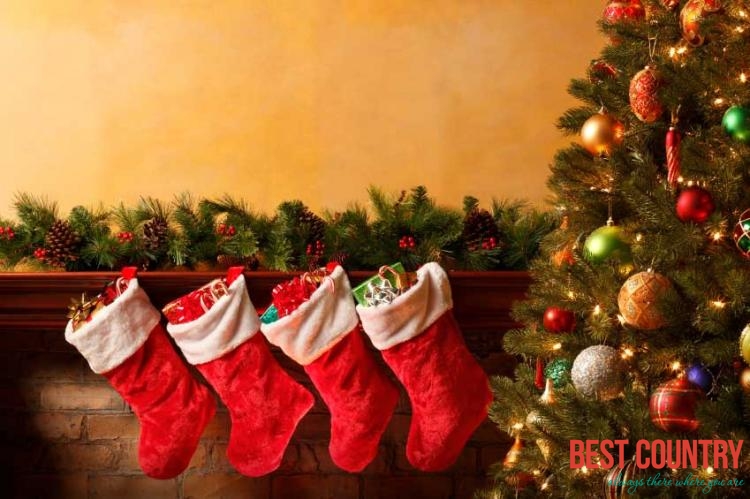 The religious celebrations of Christmas commence every year on December 16. From this day, mass services are held every morning until December 24th. This early morning church service is called Misa de Aguinaldo ("Early Morning Mass").

On each morning from December 16 - December 24, firecrackers explode and bells ring to call worshippers from bed in the predawn hours. While pious people may attend all the services, most Venezuelans make it a point to observe at least one of the nine carol services. In Caracas, the capital and largest city of Venezuela, there is a unique custom to roller-skate to local churches to attend this service.

Because of this, many neighborhoods close the streets to cars until 8 a.m. Kids go to sleep ahead of time at night during the nine-day period. To wake themselves up early in the morning, they tie one end of a long piece of string to their big toe and let the other end hang out of the window. The next morning, rollerskaters give a tug to any string they see hanging out of a window. After Mass everyone enjoys tostados and coffee.

The main celebration of Christmas takes place on "Noche Buena" (Spanish for "Christmas Eve"). The last of the masses takes place on the night of this day and known as "Misa de Gallo". Families get together on this day, attend the mass service at night and then return home to enjoy a huge and fancy dinner.

The traditional Christmas meal consists of delicious dishes like "Hallaca"(made of flour, beef, or chicken) and "Tamale"(corn and cornmeal dough stuffed with a meat mixture, wrapped in corn husks and steamed) eaten with "pan de jamon"(a long bread filled with cooked ham and raisins) and "dulce de lechoza" (a dessert made of green papaya and brown sugar, slowly cooked for hours and served cold). Another dish is turkey with some kind of salad with cold vegetables, chicken, green herbs or fruits.

During Christmas, the interiors as well exteriors of individual homes are decorated with strands of electric lights. Christmas trees are also put up in many homes. Most homes display an elaborate "Nacimiento" (Nativity Scene) which represents an entire region with mountains, hills, plains and valleys.

The focus of the "Nacimiento" is the "Pesebre", or manger, which is like a small farm with some animals like cows and sheep. The Baby Jesus with Josep and Mary is the most important part of the "Pesebre". At the midnight hour, as loud fircrackers herald the coming of Christmas Day, the infant Jesus is put in the Pecebre. In some families singing and praying is done for the baby. After that, adults drink wine and gifts are opened.

In Venezuela, young children recieve presents during two occassions. Here the Baby Jesus is traditionally held to bring gifts to the Venezuelan children instead of Santa Claus. On Christmas Eve, he is believed to leave presents for kids under their "Nacimiento" (Christmas tree). On December 25, children awake to look for their gifts around the "Nacimiento".

On January 5th, children leave strands of straw beside their bed at night. January 6 is the Day of the Reyes Magos, thought to be the day on which the three wise kings came to visit Mary and the infant Jesus. It is believed that the Three Wise Men still looks for the Baby Jesus on every January 5th night and leave gifts in those places that resemble a stable.

On the following morning, children wake up to find toys and candies in place of the straw. They rush to have a look at mirror to check if they have a black smudge on their cheek. On finding the mark, they know that Balthazar(King of the Ethiopians) had kissed them whilst they were sleeping.