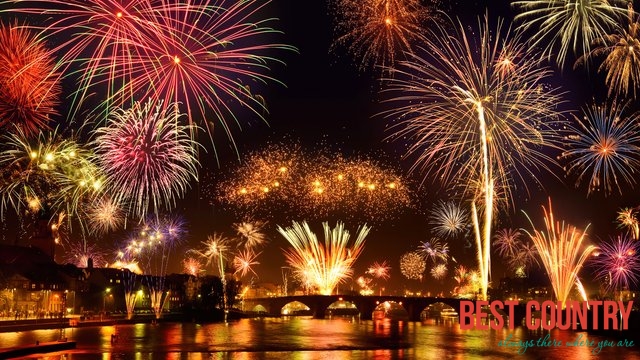 The tropical South American country of Venezuela celebrates New Year on January 1 according to Georgian calendar. Being considered as an important festival as well as time of the year, New Year is celebrated with great spectacle and display by the natives of Venezuela.

The high-energy celebrations, in the light of the traditions and customs of Venezuela make it a different experience for everyone who is participating in it. The popularity of New Year celebrations made in Venezuela is immense, and this is the reason behind why people from different corners of the world arrive in this tropical country during the New Year's time.

During the time of New Year, the entire Venezuela gets into a party mood. To make it look like a big party stage, the entire of Venezuela, including its markets, streets, shopping centers, and business centers are covered up with vibrant colors and lights.

Other than that, some real lively parties go on in different parts of the country, with some of them also acting as hosts for rock concerts, live music shows, music choirs, and live band performances. With midnight getting closer and closer, all street parties, as well as parties going on in clubs, bars, and discotheques reach at their intense best.

Other than those coming out of their houses and participating in social New Year celebrations, there are some who prefer to stay at home while being glued to television set or a radio station. Most of the people watch or hear the live telecast of the countdown of the New Year.

Other than that, there is a tradition of broadcasting songs expressing sadness at the end of the year. As soon as midnight arrives, everyone cheers out loud, and wish everyone with good luck and New Year wishes for the coming time. The Cathedral of Caracas located in the Caracas city has a tradition of ringing twelve bells at that moment.