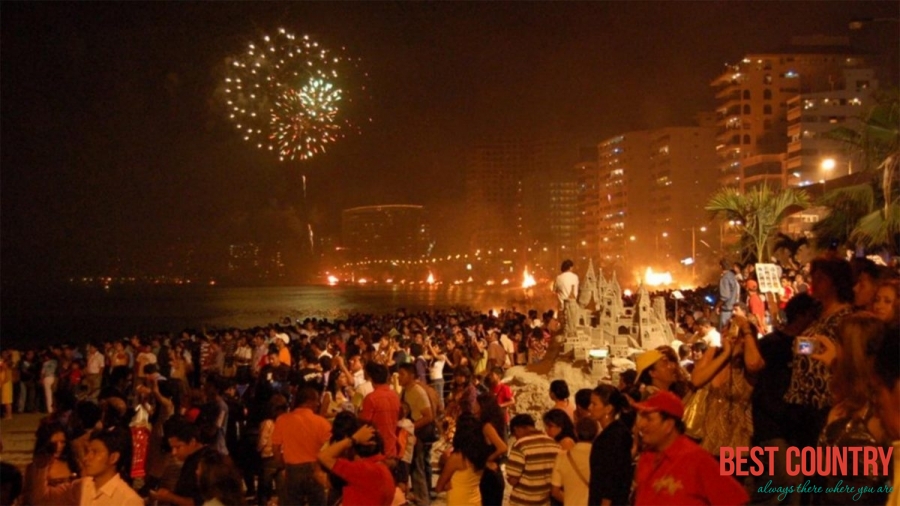 New Year in Ecuador is as much about the Old Year as the new. Effigies are made of old clothes stuffed with newspaper and adorned with a mask. These are known as the "Año Viejos" or Old Years, and are burnt at midnight on New Year's Eve. The idea is to leave any negativity or problems behind in the old year and start afresh.

A list of problems and worries may be written and put inside the effigy to be burnt. Those who want to travel in the year to come might jump over the burning old year carrying a suitcase or rucksack.

Fireworks are set off at midnight too, so even if you don't find a new year party to attend, you will still see plenty of celebrations. In Quito, from a reasonably high vantage point, you can expect to be watching several dozen firework displays simultaneously, with almost continuous fireworks from around 11.30pm to 12.30am.

New Year celebrations are often private family affairs, but look out for Old Year models sitting around in the street with attendants collecting money for fireworks and you may find a more public New Year event. Ask at your hotel about any local new year celebrations. The little town of Atuntaqui, for example, near to Ibarra in Imbabura Province, has a New Year parade with extravagant costumes.

In Quito, Christmas is assumed to start pretty much straight after the Fiestas de Quito (6th December) and continue until after New Year, with the result that no-one does much work for several weeks. If you're visiting for your Christmas holidays, this is rather fun, but business travellers should not expect to achieve much business in Quito during December.