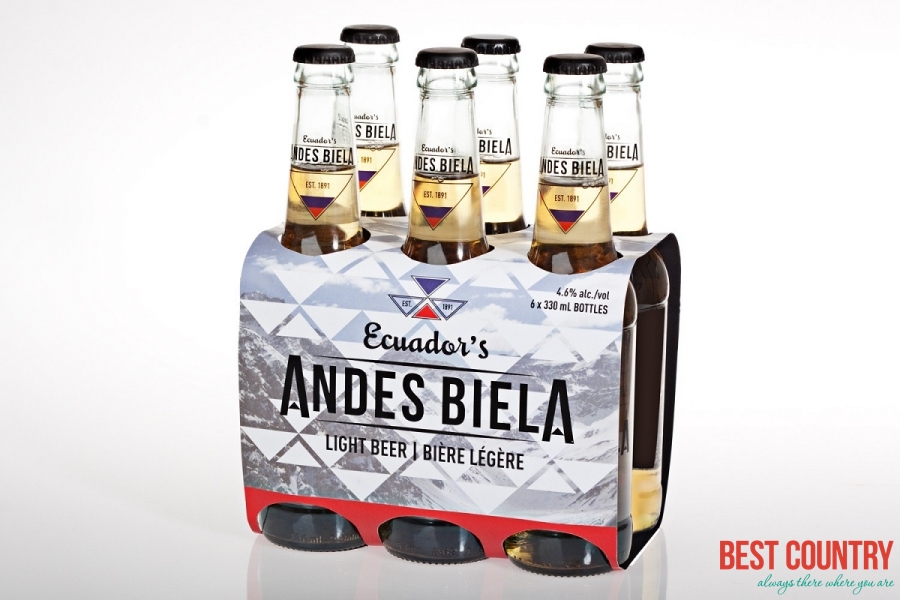 Most Ecuadorian wines are sweet and made from grape, apple, peach or other fruit; however, some good, dry wines are now being locally produced. The cheapest way to enjoy it is from a cartón (yes, a box) from the local supermarket. Clos is a good brand. Fine wines from Chile, Argentina, France, Spain and Italy are also available.

Beyond canelazo and aguardiente, Ecuadorian liqueurs are distinguished by their distinct use of sugar cane, spices and fruits. A few examples of fine liquors made in Ecuador include: Esp&#237;ritu del Ecuador, a golden liquor that has a fruity flavor; Guarapo, made from sugar cane; and Anisados, a liquor flavored with anis. Secos is a cheap and flavorless alcohol good for mixing.

Local rum such as Ron Castillo or Ron San Miguel is also quite good and cheap as well. Or you might try rompope, a Latin American version of eggnog that often comes pre-spiked with rum. Imbibing too much of this liquor, though, might leave you with a mighty case of chuchaqui (hangover) the next morning.

Most bars in Ecuador serve local beers of average quality and very good value. The most popular brand is Pilsener, which is a pale lager that generally comes in a large bottle and is very reasonably priced. Club is a lighter, blonde pilsner, and Clausen is similar as well, but with a higher alcohol content. Some locals prefer Biela, another popular pale lager. All of these cervezas are readily available at local tiendas and mercados throughout Ecuador.