There are almost no restrictions on the sale of alcohol in Switzerland, but prices of bourbon, gin, and scotch are usually much higher than in the United States, and portions can be skimpy. 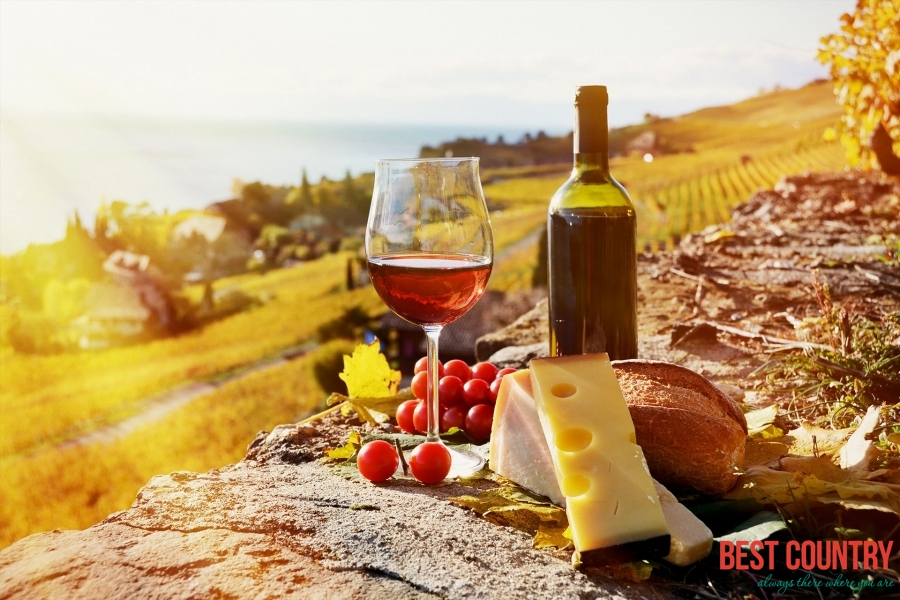 Unlike French wines, they are best when new. Many wines, such as those from the Lake Geneva region, are produced for local consumption. Ask your headwaiter for advice on which local wine to try.

Most of the wines produced in Switzerland are white, but there are also good rosés and fragrant red wines.

Most exported wines are produced in the Valais, Lake Geneva, Ticino, and Seeland.

However, more than 300 small winegrowing areas are spread over the rest of the country, especially where German dialects are spoken.

In the French-speaking part of Switzerland, two of the best wines are the fruity Fendant and the slightly stronger Johannisberg.

In the German-speaking part, you might want to sample one of the dry and light reds, which include Stammheimer, Klevner, and Hallauer.

In the Italian-speaking Ticino, red merlot is a fruity, ruby-red wine with a pleasant bouquet.

Beer -- Swiss beer is an excellent brew; it\'s the preferred drink in the German-speaking part of the country. The beer varies in quality.

The most popular are kirsch (the national hard drink, made from the juice of cherry pits), and Pflümli (made from plums).

Williamine is made from fragrant Williams pears.

Träsch is another form of brandy, made from cider pears.

In the Ticino, most locals are fond of the fiery Grappa brandy, which is distilled from the dregs of the grape-pressing process.