Secrets of The Cuisine In Slovenia

Speak about cuisine in Slovenia and your mouth starts watering instantly. Well, the fault is not yours; the wonderful cuisine of Slovenia is to be blamed for our tongues demanding more helpings of the Slovenian food. 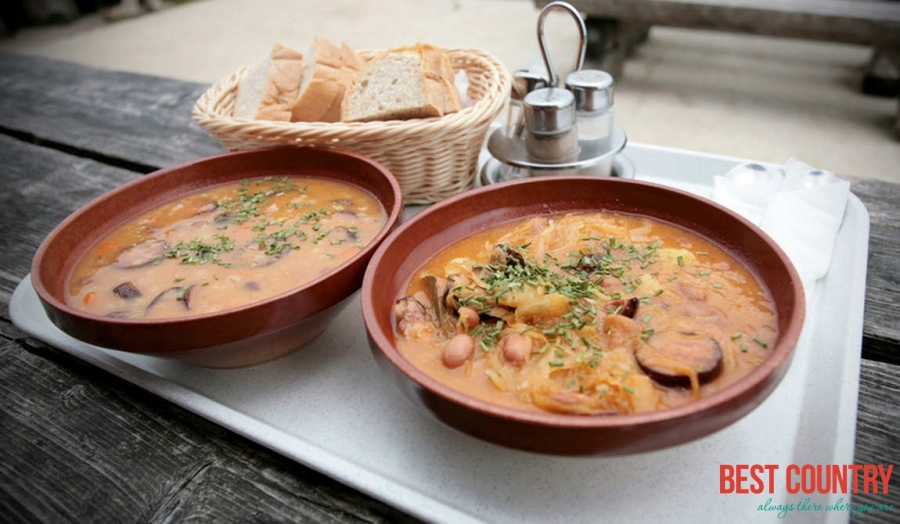 There are many elements that have made an impact on Slovenian cooking.

Slovenia is a borderland country that has the stretch of the Pannonian plain in the north-east; the hilly greenery of the Dolenjska region in the east; the picturesque Alps, the Barje marshes, as well as the wine producing hills of Stajerska in the north-west; and the Karst and the Adriatic coastline in the south.

To know exactly how these factors worked in having an influence over the food in Slovenia, here are two examples for you: Slovenia can get its crabs only from the rivers of Notranjska and the Karst leg ham or pršut can be dried only by the winds of the coast and Karst.

For a divine gastronomic experience try slices of prsut with olives or fresh figs, and sip a glass of Slovenian wine, deep red Teran or Rebula with it.

The bordering states of Slovenia have distinct national cuisines that are well-famed. Kudos to Slovenia for being able to borrow the culinary specialties from the states and change them to make its own cuisine.

The urban people in Slovenia were more delighted to acquire the German, Austrian and French dishes.

It is quite amazing to know that the people of different occupations had their own special dishes and cuisine. For instance, in Slovenia you can relish the dishes of the iron workers, miners, charcoal-burners, craftsmen and foresters.

Slovenian Food that Tingles Your Palate

You can also relish the native delicacies from Slovenia, though these can be found in few numbers.

Among the native Slovenian dishes you can try out the “potica”, "žganci", and "pogaca", named depending on the filling "ocvirkovka" and "špehovka".

These delicacies from Slovenia were so much popular and loved by all that they spread over to the neighboring countries of Slovenia and have been satisfying the palate of the people there too.

Polenta or buckwheat flour cooked in water is called zganci, a simple but fiiling meal similar to porridge. Served with milk or honey it's a dessert but it's also garnish for stews.

Eaten with fried black pudding is a popular and hearty breakfast in rural areas of Slovenia. If you really want some fat and grease than try zagnci with crunchy pork cracklings topped with sour cream.

Referring to cuisine in Slovenia, you can say that a greater part of it is simple. Well, you require a certain amount of knowledge and expertise in cooking “potica”, but for other simple dishes like "kaša", "mocnik" or "šara", no superb skill is required allowing you to try your hand at them without any apprehensions.

To taste real traditional Slovene food spend some day at one of the many tourist farms in Slovenia.

The traditional cuisine in Slovenia is heavy and seems difficult to digest. The use of animal fat dominates a lot, like zaseka, ocvirki, bacon, dripping and lard.

Traditional food in Slovenia has few usages of vegetables, with the exceptions of turnip and cabbage, mushroom is also rarely used.

At present, you will find that the traditional dishes are changed into well-balanced dishes, which is in vogue with the new insights. The replacements include oil for lard, mushrooms as flavor and not as main dish, veal or chicken for pork and other changes.

Soups (juha in Slovene) are a new entrant for cuisine in Slovenia. Though fresh in the list of Slovenian dishes, you can find more than 100 of them today.

Previously, Slovenia had to offer different kinds of stew, porridge and one-pot meals.

The common Slovenian meat soups are that of beef and chicken, and the famous non-meat soup is the plain and lean turnip peel soup. Influence of the Hungarian cuisine can be tasted in the goulash and bograc (bogrács, a Hungarian cooking utensil is a cast iron deep pot hung over open fire in) dishes in the Prekmurje region, near the Hungarian border.

Meat and the Slovenians

Cuisine in Slovenia is familiar with all sorts of meat. Pork (svinjina) is very common for the Slovenians, and poultry is also very much a favorite of all. St. Martin's Day had the Slovenians feasting on roasted goose, turkey (puran), chicken (piscanec) and duck.

Fish and other Seafood

Dried stockfish is still a popular meal prepared for Christmas. This Slovene food is prepared by pounding the fish till it is tender and following this garlic and olive oil is added to the fish.

The Soca trout is very tasty and it's on the menu in many restaurants in Slovenia. Coat with flour and deep fried is a poular preparation method.

Potica a culinary symbol of Slovenia is a yeast-based raised pastry filled with ground walnuts or poppy seed prepared for holidays and festive occasions.

The Slovenian doughnut is the krof which is traditionally made during the carnival season (February) preceding Lent.

Struklji are dumpings filled with fruit, jam or cottage cheese.

Today, you will find cuisine in Slovenia on the menu of many Slovenian restaurants ("restavracija" or “gostilna”); one can say that the demand for the Slovenian dishes is on the rise. Go to restaurants where you can get authentic food to experience the original taste of a particular Slovenian dish.