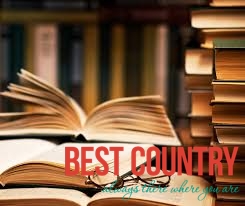 The Slovene school system has seen a number of changes in recent years, aiming to raise awareness of educational rights and thereby achieve a higher educational level.

The reform of the curriculum from pre-school to secondary school education, which took three years, is now complete.

The nine-year programme, for which no pre-school education is compulsory, is divided into three periods of three years, beginning when children are six years old.

After completing elementary school, nearly all children (more than 98 per cent) go on to secondary education, either vocational, technical or general secondary programmes (gimanzija).

The latter prepare students for further studies and are divided into two groups:

Children of foreign residents are also appropriately provided for in Slovenia and can receive education at all levels. 84 per cent of secondary school graduates go on to tertiary education.

The number of graduates is increasing: the class of 2000 exceeded 10,000 for the first time ever, while in 2006 17,145 students graduated from vocational colleges and higher education institutions, 8.6 per cent more than in 2005. The educational system in Slovenia is almost fully financed by the state budget.

The share of the gross domestic product allocated to education increased from 4.76 per cent in 1992 to 6 per cent in 1998 and remained at that level. Public expenditure for education was between 12 and 13 per cent during the 1990s.

It included expenditure on elementary, secondary and tertiary institutions, as well as the running costs of pre-school education, postgraduate study and expenditure related to boarding at some secondary schools and university students' accommodation. Both state schools and private schools with concessions were included in these figures.

The educational profile of Slovenia's population is improving.

According to the 1991 census there is 99.6 per cent literacy in Slovenia.

Among people aged 25 to 64, 12 per cent have attended higher education, whilst on average Slovenes have 9.6 years of formal education.

The best educated are those employed in the area of education and public administration. Lifelong learning is also increasing.

Higher education in Slovenia began with the arrival of the Jesuits in Ljubljana in the first half of the 17th century.

Subsequently, in what was to be the first of many initiatives aimed at establishing a university in Ljubljana, an association of important cultural workers, theologians, doctors and lawyers known as Academia Operosorum attempted unsuccessfully to establish a complete theological and philosophical faculty in the city.

Some two centuries later national consciousness and a longstanding desire for the affirmation of the Slovene language were fulfilled with the establishment of the University of Ljubljana with five Faculties - Law, Arts, Technical, Theology and Medicine.

The University of Ljubljana now encompasses 20 faculties, three art academies and three other schools of higher education or professional colleges.

The fourth Slovene university, the University of Nova Gorica, established in 2006, encompasses five faculties and colleges.

No tuition is charged for state-approved undergraduate study programmes offered as a public service (full-time studies).

Scholarships and grants for part-time studies are offered by ministries, public and private funds and employers.

In the academic year 2006 there were 48 vocational colleges, of which more than half were private, offering 22 study programmes. Business studies, secretarial and accountancy programmes proved the most popular with students.

There were also 5,316 students studying at independent higher education institutions.

In Ljubljana three new halls of residence were opened in October 2006, accommodating a total of 919 students and increasing available student accommodation by 14 per cent.

Public boarding facilities in Ljubljana can currently accommodate 7,412 students, while a further 2,500 beds are available for students with private owners.

In 1999 Slovenia signed the Bologna Declaration, thus becoming one of the 40 countries that decided to restructure their higher education in accordance with the guidelines of the Bologna process.

Slovenia has decided to restructure its higher education in accordance with the Norwegian model, also called 'the quality reform'. Its aim is not to change the educational system simply for the sake of change, but rather to introduce new elements into the system in order to improve its quality.

In the academic year 2006-2007, 25 higher education institutions were already offering study programmes harmonised with the Bologna declaration; 14.7 per cent of undergraduate students and one quarter of postgraduate students were enrolled in these programmes.

The largest share of harmonised programmes is in the field of social sciences, business and law, while in the field of science, health, engineering and education the harmonisation of programmes with the Bologna Declaration is still in its early stages.

In 2005 Slovenia assumed the presidency of the Central European Exchange Programme for University Studies (CEEPUS), a network of more than 400 universities and university colleges that want to improve mobility in Central Europe by exchanging students and professors for at least one semester.

Each country must provide funds only for months of study, but the money stays in the country and is intended only for foreign students and lecturers who come to Slovenia.

The stipends are very good as they cover all costs, including food, accommodation and health insurance.

As part of the programme, 1,222 Slovene students and professors have studied or lectured at CEEPUS countries since 1994-1995, while Slovene universities have hosted 1,385 foreign students and lecturers.

Since the very beginning, more than 60 per cent of Slovenia's system of higher education has been included in the network.

The priority of Slovenia's presidency was CEEPUS II with an emphasis on joint degrees. These enable students to obtain degrees from two universities co-operating in the network.

Students are thus able to attend lectures at two different universities from the same network and also to earn a degree from both, provided they have compatible programmes.

As part of CEEPUS II, universities will introduce joint syllabuses that will be transparent. This should encourage the mobility of students and lecturers. At the 11th CEEPUS ministerial, an award was given out for the best network.

It went to a network of 15 universities called Language and Literature in the Context of Central Europe, which included the Faculty of Arts, University of Ljubljana.

In July 2006 the 47th International Mathematical Olympiad took place in Ljubljana. It was very successful for Slovenes, who won one silver and three bronze medals.