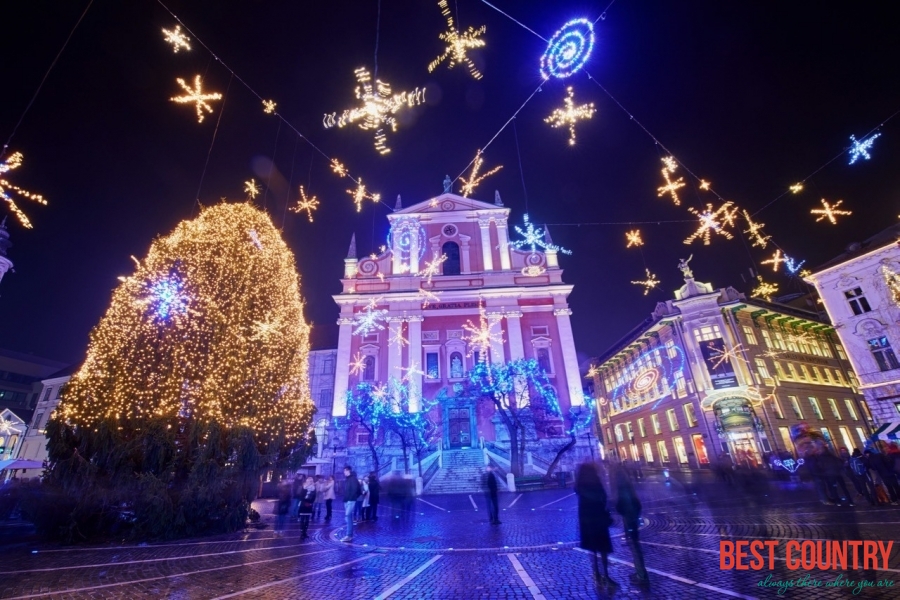 Slovenia celebrates Christmas on December 25th. Be sure to visit the Ljubljana Christmas Market if you're in Slovenia during the month of December to experience Christmas the Slovenian way.

The best-known live nativity scenes are those in Postojna Cave and at Ljubljana's Franciscan Church on Prešeren Square.

Slovenia's Santa Claus tradition pulls from many other European traditions.

Santa Claus or Baby Jesus visits on Christmas, and Grandfather or Father Frost may appear at the New Year.

The Christmas holiday is also marked by the burning of incense, the preparation of special foods, like the Christmas loaf called potica, the sprinkling of holy water, and the telling of fortunes.

Traditionally, a pig was slaughtered before Christmas, so pork may be prepared for the Christmas meal.