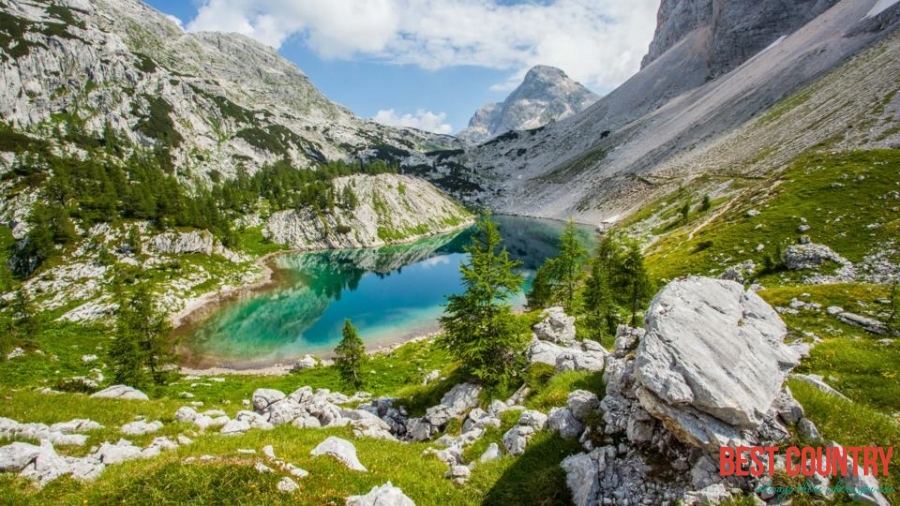 The climate of the Slovenia can be described as typical European continental influenced climate with warm, dry summers and fairly cold winters, while the coastal areas and the lowlands in the south have a mediterranean influenced climate.

January is the coldest month with daytime temperatures usually around zero in the north, but in some cases winter months can be very cold with temperatures far below zero and strong, cold northeasterly winds, called Bora, especially in the mountainous regions, where the weather is strongly influenced by the nearby Alps.

Heavy snowfall or even snowstorms are also possible on some days there; the yearly average number of days with snow is less than 40 in the low-land regions and up to 120 days in the mountainous regions of Slovenia.

In the coastal areas long-lasting frost periods and snow are quite seldom because of the influence of the warm water temperatures of the mediterranean sea.

In summer daytime temperatures reach 20-25°C, but sometimes quite higher, 30°C or more.

In most of the time is dry weather with sunny spells, although sometimes heavy Thunderstorms can occur at the end of the day, especially in the mountainous regions.

July is the warmest month with an average Temperature of 22°C.

Annual Precipitation varies from 400 mm in the southern lowland areas, and up to 1000 mm in the mountainous regions.

The weather is best May-September, when days are warm and the nights are cool, although it rains more in spring than in summer.

Autumn and winter are usually a little chilly and wet, and often foggy in the mountainous regions.

Lightweight cottons and linens during summer months; warmer medium-weights to heavyweights and rainwear during the winter. A sweater may be needed in the evenings or for trekking in the mountains, even in the summer.

The Climate of Slowenia can be classified as Cfb Climate; a warm temperated humid climate with the warmest month lower than 22°C over average and four or more months above 10°C over average.

The climate of some coastal areas of Slovenia can be classified as Cfa Climate; a warm temperated mediterranean climate with the warmest month above 22°C over average and humid conditions all year round.