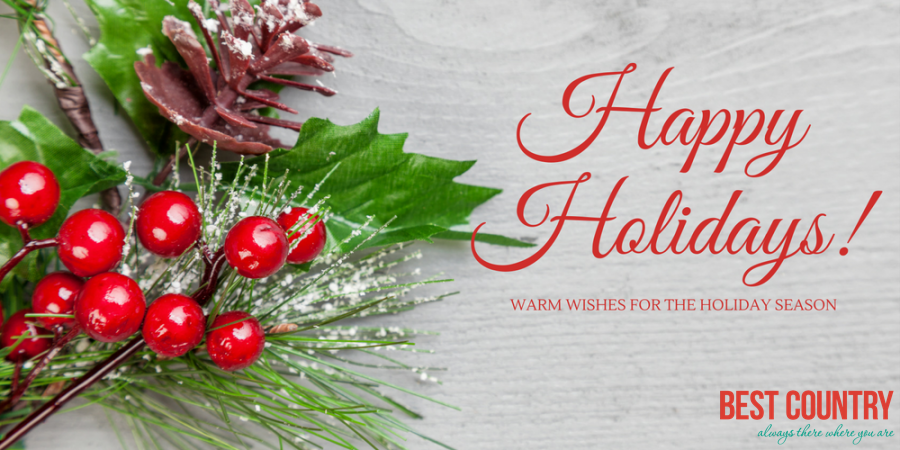 December 6 is marked in the Slovak calendar as the feast day of St. Nicholas. St. Nicholas was a bishop in Myra, a city located in today’s Turkey. Legend has it he threw a piece of gold wrapped in a cloth three times into the house of a rich man who went bankrupt and supposedly wanted his daughters to become prostitutes.

With St. Nick’s gold, the young women were able to continue living a moral life and eventually got married.

On St. Nicholas Day volunteers dress up in a red or white bishop’s robe similar to the one of Santa Claus and give the goody bags to children in schools, cultural centers, or in churches.

At night parents stuff their children’s shoes and boots with goodybags filled with sweets or just give it to them and tell them the treats came from St. Nicholas. On this day, children in Pre-schools, Kindergartens, and elementary schools participate in song singing and poetry recitals.

Saint Lucy lived in Syracuse in Sicily in the 3rd century at the time of Christian persecutions under the rule of Caesar Diocletian.

As a Christian and a servant of the poor, Lucy was a dedicated believer who promised God she would remain a virgin for the rest of her life.

Despite Lucy’s protest, her mother wanted her to get married. Finally, her fiancé accused her of Christianity before the ruler Paschasius.

Feast of St.Lucy is traditionally celebrated on the eve of December 13, the day of her execution.

Because of her faith in God, she died after an executor cut her throat with a sword.

On St. Lucy’s Day the girls in Slovakia used to dress in white sheets, walk around the houses with the lit candles, and brush the houses with a feather brush. They wished abundance or remained silent, received treats, fruit, or small change.

The last day of December is called Silvester in Slovak calendar. It is because this day is the name day of those men named Silvester.

Slovaks like to celebrate the New Year’s Eve usually in a hotel, in the mountains, or at home with their relatives or friends and by watching TV shows.

They also attend Silvester dances or go and welcome a New Year by watching fireworks and making a toast to the New Year in the city or town squares. Slovakia follows the Gregorian calendar with January 1 as the first official day of the new calendar year.

On June 1 Slovaks celebrate the Children’s Day. Regular classes are typically not held for students; instead, the schools entertain children with contests, theater shows, or sport activities, and reward them with treats. Cities, villages, shopping centers, and parks also organize various activities for children on this day.

Mother’s Day is celebrated on the second Sunday of May. Towns and villages host cultural events with the shows performed by children or different artists.
All Souls Day

In Slovakia All Souls Day is celebrated on November 2.Many people remember their deceased relatives and friends by visiting cemeteries and lighting candles or votives on the graves, beautifully decorated with flowers and wreaths.

Fasiangy is the period of balls, dances, and parades that lasts from the end of Christmas season to the beginning of Lent, 40 days before Easter.

At this time cities, towns, villages, schools, and other institutions hold masquerade balls. On Fat Tuesday, the day before Ash Wednesday, it is a tradition to burry a contrabass.

This ceremony symbolizes the end of festivities. Dances, weddings, and other festivities will resume after Easter.