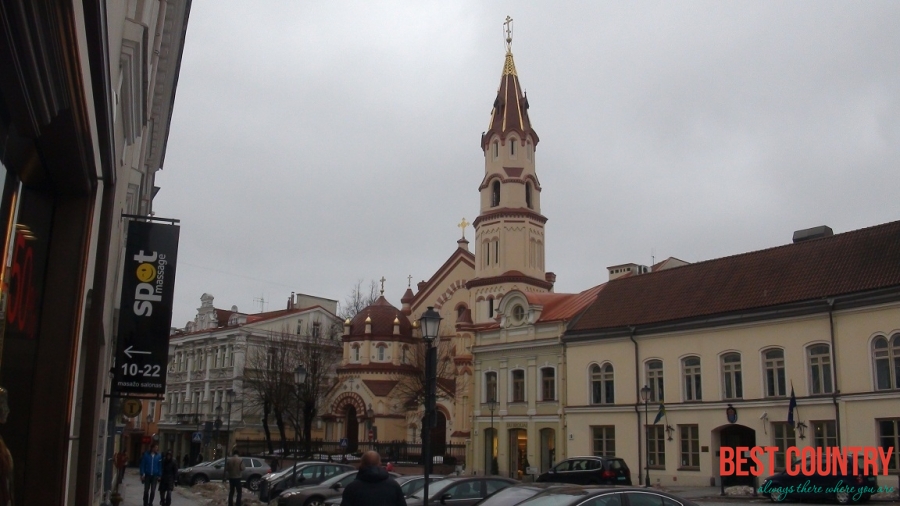 In addition, Orthodox Christianity as well as Judaism have roots at least as old as those of Roman Catholicism.

New in this self-identification was a large category--25 percent--who did not profess any religion.

Lithuanian journalists have also noted that twenty-one out of the 141 new members of parliament elected in 1992 left out "so help me God" from the oath when sworn in as deputies.

The church is presided over by Cardinal Vincentas Sladkevicius in Kaunas.

For thirty years, Sladkevicius, then a bishop, was held by Soviet authorities in internal exile. The church has 688 parishes, two theological seminaries (one reestablished in 1990), and several con-vents and monasteries. There is also one Uniate, or Eastern-Rite Catholic, congregation.

The archeparchy (archdiocese) of the Russian Orthodox Church has forty-five parishes and two monasteries.

Archbishop Chrisostom and his archeparchy are under the jurisdiction of the Patriarch of Moscow. The Old Believers (see Glossary) have fifty-one congregations.

The Lithuanian Evangelical Lutheran Church under Bishop Jonas Kalvanas has thirty-three congregations, and the Evangelical Reformed Church (Calvinist) has eight.

Other Christian denominations include Baptists, Seventh-Day Adventists, and Pentecostals.

Traditionally, most Roman Catholics in Lithuania were either Lithuanians or Poles, and the Orthodox and Old Believer adherents were predominantly Russians.

This division has not changed, although currently it is no longer possible to assume religious affiliation on the basis of ethnic identity.

The Calvinist and Evangelical Lutheran groups are very small--an estimated 15,000 Calvinists and 35,000 Lutherans.

The younger Protestant denominations are even smaller but are intensely active. Generally, Lithuanian society in the 1990s is secularized, although, as in many postcommunist countries, younger people are searching for some sort of spiritual fulfillment.

The Roman Catholic Church is the oldest continuously surviving Lithuanian institution. As such, it has played a dominant role in the development of Lithuanian society, especially crucial during those long stretches of time when Lithuanians had no state of their own.

At first highly influenced by the Polish community, the church under Bishop Motiejus Valancius in the nineteenth century promoted Lithuanian language and publications, which prepared the country for the national awakening of the 1880s.

Because Russian imperial authorities had forbidden the publication of Lithuanian books in the Latin alphabet, Valancius had them printed in German-ruled, Protestant East Prussia and then smuggled into Lithuania.

The bishop also organized a network of secret Lithuanian schools. In 1918 the church supported the establishment of Lithuania as an independent and democratic republic.

Years later, it endorsed land reform, and in the 1930s the bishops opposed and restrained Smetona\'s authoritarian rule.

Under Soviet rule, the church served as a focal point of resistance and dissident activities. Its theological outlook, however, has been conservative.

Protestants also have contributed significantly to Lithuania\'s cultural development. The first book printed in Lithuanian was a Lutheran catechism, published by Martynas Mazvydas in East Prussia in 1547.

Protestant Lithuanians from this region published the literature of national awakening. Later, Protestants--both Lutheran and Calvinist--supplied political leadership out of proportion to their numbers in the population.

In Lithuania between the two world wars, the Roman Catholic Church and other denominations had a constitutionally guaranteed monopoly over registration of marriages, births, and deaths. Religious education in public schools was compulsory.

Although there was no established religion, all denominations received some state support in rough proportion to their size. The Soviet authorities totally separated churches not only from the state but also from individual support.

On June 12, 1990, Lithuania\'s newly elected independent parliament adopted an act of restitution of the Roman Catholic Church\'s condition status quo ante but promised compensation for the losses suffered under Soviet rule and pledged cooperation on a parity basis.

recognized churches are guaranteed the rights of legal persons and can govern themselves without state interference.

Religious teaching in public schools is allowed if parents desire it. Religious marriage registration also is legally valid, as in the United States. The government maintains an office of counselor on religious affairs.