Mead and beer are ceremonial and traditional drinks. Mead, midus is the oldest and noblest drink, served during banquets and special occasions. 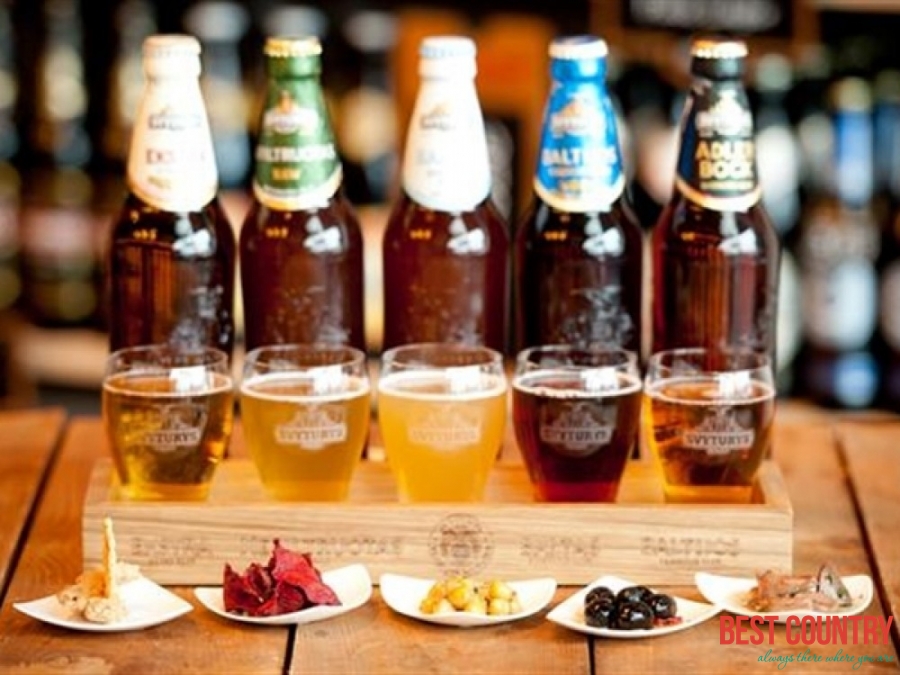 Travelers and chroniclers wrote about the manufacture and use of mead by Lithuanians and Prussians as early as the eleventh century.

Good conditions existed to make mead because Lithuanians since early times took honey from wild bees in tree hollows. Today people have several hives on their farmsteads, to satisfy their family needs. Mead ten or more years old was the landlord's pride, for mead's quality increases with age.

Often to celebrate the birth of a child, the father made a batch of mead. This batch was kept and aged until the child's wedding.

There was a time when mead took second place to vodka. However about 30 years ago there was a revival and mead was made again, using ancient recipes. Mead is again found on holiday tables, together with songs about mead and its traditions.

Beer has been brewed in Lithuania since ancient times and even today is a popular, traditional drink. It is always brewed for family celebrations, feast days, barn raisings and funerals.

Beer is brewed from sprouted barley malt. The most popular malt beer is made in Central and North Eastern Lithuania, where a strong beer is popular.

In Samogitia, eemaitija, beer is brewed using dried bread, hops and sugar. Most often the man of the house brews his own beer.

However, for special occasions, to brew extra good beer, a well known brew master is hired. During festivities, the brew master's other job is to make sure that pitchers are always full.

The making of home made wine in Lithuania was begun at the beginning of the twentieth century. Most wine was made in the South Western region, Suvalkija, from forest and orchard fruits and berries.

Another ancient drink is made from birch and maple sap, collected in early spring. Sap is drunk fresh and fermented for summer drinking.

Much appreciated from ancient times are linden, thyme, caraway seed, mint, raspberry, strawberry, camomile, dill seed and other herb teas, which not only refresh but also have healing properties.