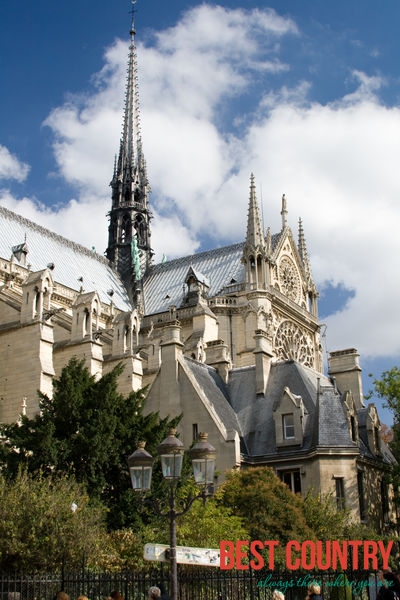 The citizens of France have a constitutional right of freedom to practice any religion that interests them. Though the early history of France depicts a strong compulsion of practicing Christianity as the religion of state, in modern France, all such regulations have been abolished, making France a truly secular nation.

The different religions found and adapted by the French population include: Christianity, Islam, Judaism, Buddhism, Hinduism and few other religions. There is around one third population of France that does not follow any type of religion.

Catholicism has taken root in France slowly, over centuries, and was once considered as the state religion of early France.

Though Catholicism has lost its status of being the state religion, more than half of the population in France today comprises practicing Catholics, making it a prime religion of France.

It follows the spiritual leadership of the Pope, curia in Rome. There are ninety eight dioceses and over twenty thousand priests who perform religious duties at these different territories in France.

Apart from Catholicism, Protestantism, another form of Christianity, is also followed by around five percent of the French population.

It is believed that earlier the percentage of people believing in Protestantism was quite high but due to continuous conflicts between the Catholics and Protestants, several Protestants were persecuted, which compelled them to convert to Catholicism or leave the country.

According to a survey in the year 2008, nearly five percent of the population in France is Muslim. Islam has existed in France since the eighth century, mainly in the southern parts of France, when the Muslims from Spain had conquered France.

In first half of the sixteenth century, the first Islamic mosque was formed in France by the Turkish invaders, though some historians claim that the Turks had actually converted a cathedral into a mosque.

The second mosque, which is still the biggest, was built in Paris during the second decade of the twentieth century. Today, there are nearly two thousand mosques in France, and the majority of the Muslims in France follow the tradition of praying five times a day in these mosques.

Judaism is the other religion that has been in France for thousands of years. In modern France, there are about half a million people who follow Jewish faith.