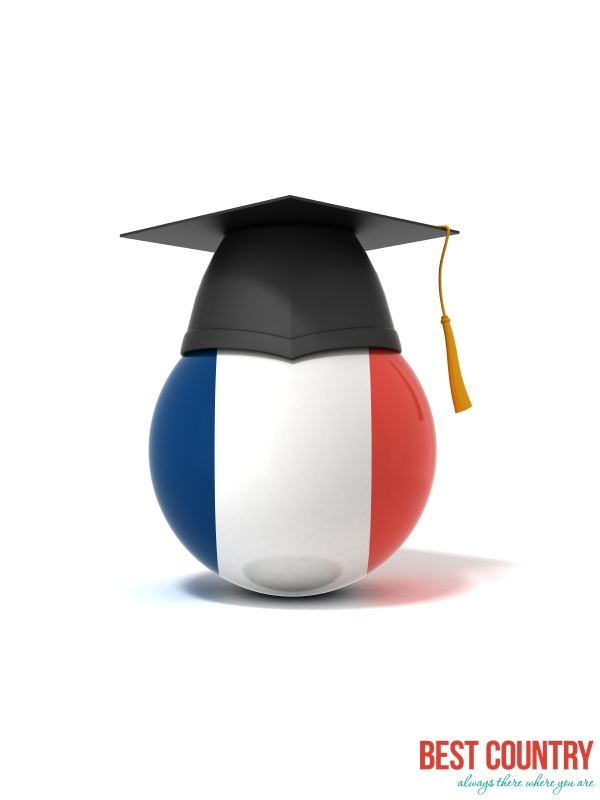 Education in France is highly centralized and organized. The country even though has a positive population growth has been inflicted by growing old population. The numbers of employable graduates below 25 are in decline. The country has been rated as 25th best education system by the OECD.

The French education system was established during the end of 19th century. The country’s education system is controlled by ministry of education. The system is highly centralized and the curriculum is same for all French students in any given grade which includes public, private and public aided institutions.

The official compulsory education starts at the age of 6 but more often kids of age 2 or 3 are admitted in the play school or preschool education. The nursery classes are very important where they introduce the kids to the process of reading.

At the age of six kids join the formal primary schools where not more than 2 teachers teach all the subjects including mathematics, science and French. This system is not the best one but still is practiced successfully.

The Grand ecole degrees are considered superior and claiming admission is also not considered easy. The examinations are very demanding and selective. In Paris there are a lot of universities to choose from.

A typical undergraduate degree is 3 years after the post bologna system which was previously 2 years. The ECTS system determines the level of education and the number of years of study. All the universities and the higher educational institutes can offer the undergraduate degree. There are also diploma degrees offered by the HEIs.

The master’s degree carries about 120 ECTS. Unlike many other countries, students with excellent academic performance in bachelors can apply for master in research and will be selected only after aptitude tests and interview.

Often this is not mandatory for international programs where telephone interview is possible. Majority of master programs include mandatory internships and master thesis.

The duration of the study ranges from 3 to 5 years and sometimes further until the completion of thesis.

Several schools of Engineering, Business and Management offer such doctoral degrees. Students with masters in professional and masters in special study (1 year program) are not eligible for doctoral studies.

Every year more than 130,000 students come to France for tertiary education from almost every country in the world. There are many countries which have French as their second official language from where many more students flock France for studies.

The qualities of education, rich culture, and standard of living are some of the main reasons student quote for choosing France as their study destination.

There numerous summer programs offered in the French universities not only offer study related courses but also music and language courses. The summer programs run throughout the summer from May to August depending upon the academic year of the institutions.

French is one among widely spoken language in the world. More than 200 million people speak French worldwide. Undoubtedly there are people who come to France to learn French along with the French culture since the language is very much a part of the French culture.

Often referred as a romantic language students coming to France will benefit once they speak French.