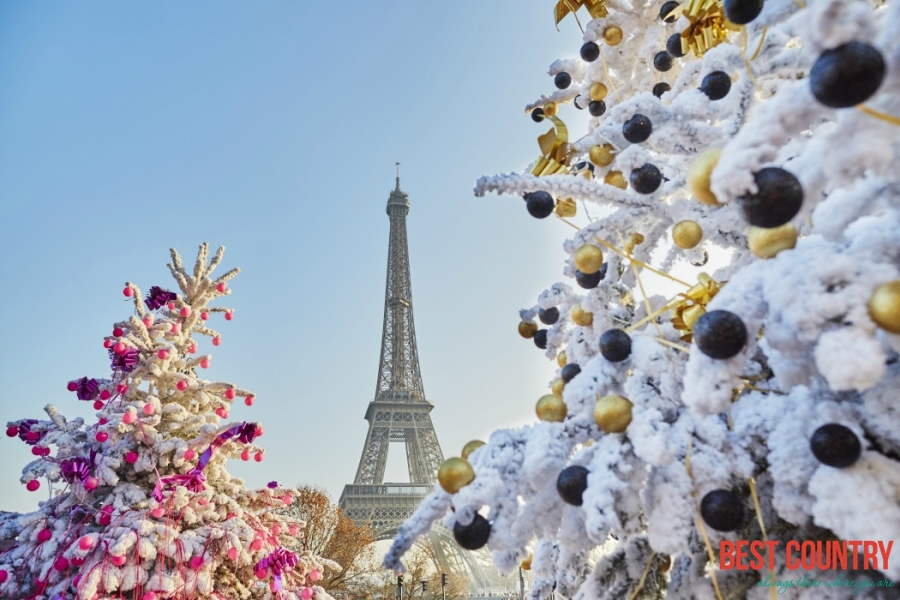 In France, children leave their shoes by the fireplace on the Christmas Eve so that Pere Noel can fill them with gifts and in the Christmas morning, they usually find sweets, fruits, nuts and small toys for them hung on the tree. Puppets and plays are conducted in cathedral squares to re-enact Nativity plays.

Almost all French homes decorate their homes at Christmastime with a Nativity scene or crèche with little clay figures called 'santons' or 'little saints' that are still made from molds that have passed down since the 17th century.

Figures of local dignitaries are often added to these Nativity scenes along with the Holy Family, shepherds and Magi. One can buy these figures in the annual Christmas fairs held at Marseille and Aix.

Use of Yule log is becoming less and less while Christmas tree never became popular in France. However, there is a traditional Yule log-shaped cake called the Buche de Nol, meaning 'Christmas Log.'

The main Christmas feast is quite grand and is known as 'Le Reveillon', served as a very late supper held after midnight mass on Christmas Eve. Different regions have different traditional menus.

Goose is served as the main course in Alsace while turkey with chestnuts is served in Burgundy. Parisians love oysters and pat de foie gras. Other dishes that can be included are poultry, ham, salads, cakes, fruits and wine.

In South France, people burn yule logs continuously from Christmas Eve to New Year's Day and once a part of this log was used to make the wedge for the plough as good luck omen and plenty of harvest in the coming year.

French families also bake a Three Kings Cake with a bean hidden in it on the Twelfth Day. The lucky person to find the bean in their slice is crowned the King or Queen, for the day.

Children look for the Kings and offer them the gifts of hay for the camels. Last night of the holiday was celebrated as the Feast of Fools and only after that the Lord of Misrule could give up his crown.

There are family gatherings during the holiday season. Churches and cathedrals are decorated beautifully and Christmas carols are sung and church bells are rung.

After the dinner, the family leaves the fire burning and food and drink on the table for Virgin Mary. In northern France, children get gifts on St. Nicholas' Day instead of Christmas Day while adults share presents on New Year's Day.