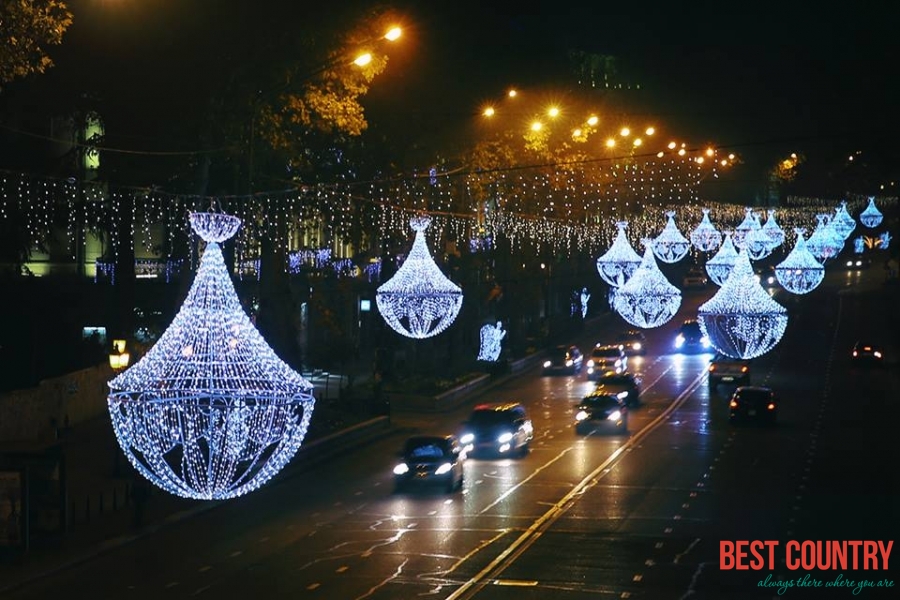 Spending the holiday season in another country is the perfect way to really get to know that country’s culture and people. In the Republic of Georgia, Christmas celebrations contain plenty of familiar elements, as well as a number of traditions that are uniquely Georgian.

The vast majority of the population in Georgia is Orthodox Christian.

As such, Christmas is one of the most important holidays of the year. In the Orthodox world, the Julian calendar is still used in place of the Georgian calendar, meaning that Christmas falls on January 7th.

On this day, large processions make their way through cities, towns, and villages throughout Georgia. These mass walks, called Alilo, are central to Georgia’s unique Christmas celebration.

Songs play an important role in the Christmas tradition in Georgia as well.

Harmonious Georgian carols echo through the streets during the procession, and can also be heard in churches throughout the day. Although the songs vary from region to region, Georgian Christmas carols are solemn and beautiful.

Christmas trees are an important part of Georgian Christmas, as well.

Georgian Christmas trees, called Chichilaki, are carved from the branches of walnut trees.

Hanging, curled strands of white wood give these small trees a distinctive, unmistakable appearance. It is easy to see why Chichilaki are often called “Basil’s beard.”

More familiar Christmas concepts have a place in Georgian festivities, as well.

Although Grandfather Snow doesn’t have reindeer or a sled, he still is believed to visit homes on Christmas eve, leaving presents for the children.

Most homes also put up a Western-style decorated Christmas tree, called nadzvis khe, in addition to the traditional Georgian Chichilaki.

Christmas in Georgia is a day of celebration, good food, family, and friends. It is also filled with uniquely Georgian ceremonies and music.

Candlelit church ceremonies, beautiful, solemn hymns, and an entire country coming together for the Alilo processions make Christmas in Georgia a beautiful and unique celebration.