Tbilisi, the capital of Georgia 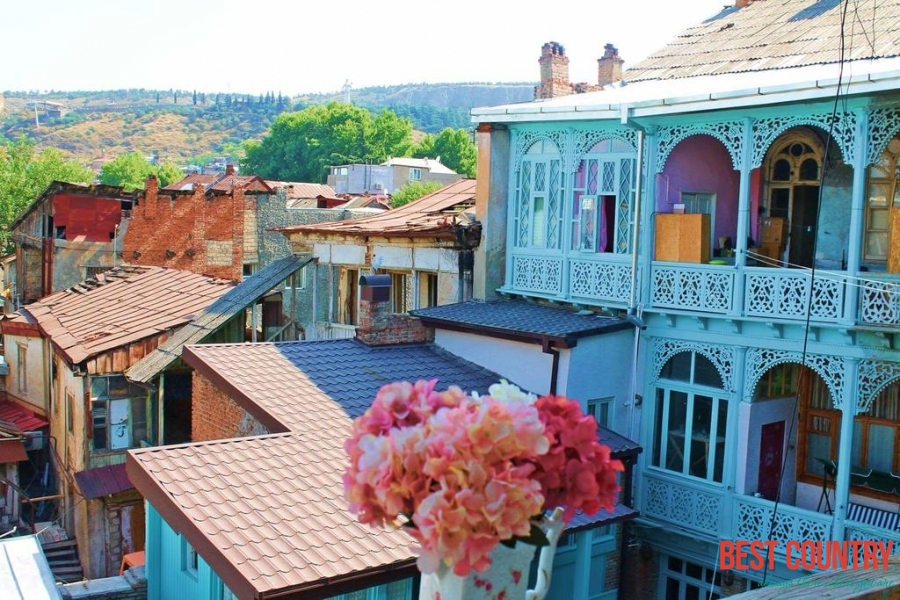 Tbilisi is the capital and the largest city of Georgia, lying on the banks of the Mt'k'vari (Kura) River.

Janashia Museum. This museum houses hundreds of thousands of Georgian and Caucasian artifacts of archeology and ethnography. A permanent exposition chronologically follows the development of Georgia’s material culture from the Bronze Age to the early 20th century. The most valuable exhibits include Homo Ergaster fossils discovered at Dmanisi; the Akhalgori hoard of the 5th century BC which contains unique examples of jewelry, blending Achaemenid and local inspirations; a collection of approximately 80,000 coins, chiefly of Georgian minting; medieval icons and goldsmith pieces brought here from various archeological sites in Georgia; a lapidary which includes one of the world’s richest collection of Urartian inscriptions, etc.

Tiflis Avenue is an art center and a gallery that represents a variety of Georgian artists working in different media. The gallery is located in an old town, on King Erekle II Street, where exhibitions of art are held regularly.

Sameba Cathedral/Holy Trinity Cathedral Church. Constructed in 2002, the largest church in Georgia and one of the most grandiose orthodox churches. 101 meters high.

Mtatsminda Pantheon of Writers and Public Figures, (Mtatsminda Mountain, in the churchyard around St. David’s Church - Mamadaviti). Many famous writers, as well as the mother of Joseph Stalin, are buried here. edit

Old Tbilisi. Perhaps one of the most distinctive pleasures of walking through the Old City, with its old-style balconies, ancient churches, winding streets, and charming shops. Be prepared to see a number of eclectic sights, from the abandoned streetcar near Erekle Street to the art galleries of Chardini Street to the stunning modern art lining Sioni Street. Sub-neighborhoods include Sololaki, with its elegant restaurants and art nouveau architecture, Old Tbilisi proper - with sites ranging from churches to mosques to sulfur baths, Betelmi - housing two of the city's oldest churches and the stunning vistas of the Narikala Fortress - and Mtsasminda, just up the mountain from Rustaveli Avenues, a more sedate, "livable" district filled with charming old houses and a number of families.

Vake. Located around Chavchavadze and Abashidze avenues, this is one of Tbilisi's posher districts, home to many expats and nouveaux riches. While not quite as atmospheric as Old Tbilisi, Vake is home to some lovely parks, pleasant nineteenth-century architecture, and some of the city's most high-end shopping, including luxe furniture store Missioni. There are also plenty of elegant, if understated, bars and restaurants in this area.