Technically there is not a ‘Cambodian Christmas.’ The reason is simple: Cambodia is mostly a Buddhist country. As Christmas celebrates the birth of Christ, something parallel to Christmas in the Cambodian culture would be Vesak, held in May or June.

The Vesak is the ‘Buddhist Christmas‘ and it is well celebrated with a great devotion by the Buddhist. Asking how is a Christmas in Cambodia would be as asking how is a Vesak in Spain. 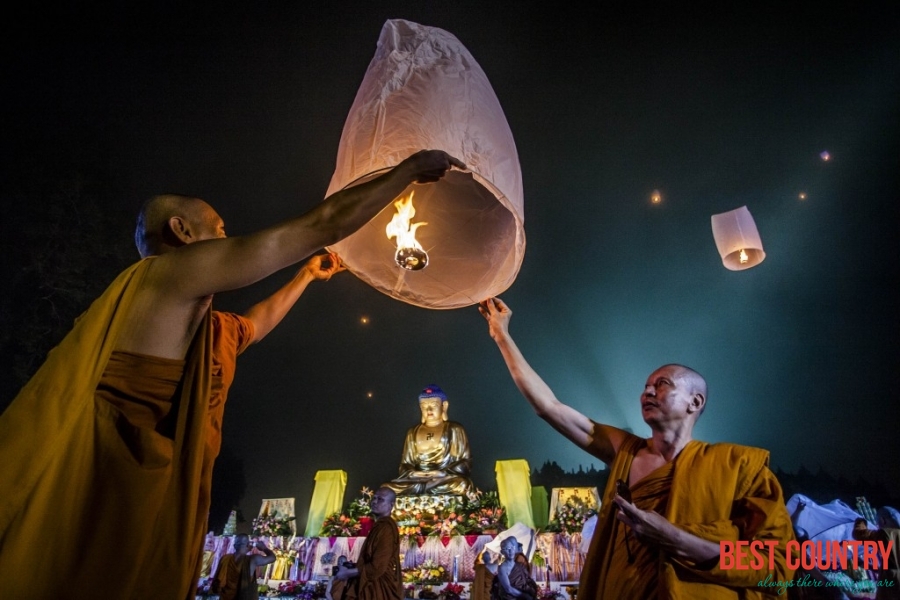 The Vesak celebrates not only the birth of Buddha, but also his enlightening and death. The full moon marks such celebration.

Although we say that Cambodia is mostly Buddhist, it does not mean that all Cambodians are Buddhist. There are Muslim and Christian Cambodians as well and both with a long tradition in the country. The Theravada Buddhism is the main Buddhist school in Cambodia, but it is not the only one in the country.

Now well, if there are Cambodian Christians, it means that they celebrate Christmas. But as it is a minority, the feast has not a national rank as it is for Vesak. Roman Catholicism has been present in the country since 1555.

The wars and conflicts suffered by Cambodia in the centuries to follow, kept Christianity as a minority, although there were some group of Christian immigrants that fled persecutions in their own countries: Japanese Catholics in the 17th century settled in Ponhea Lu, near Phnom Penh and in 1660, Catholic Indonesians took refuge in Columpe (Phnom Penh) and in Ponhea Lu.

As a curious fact, the Vietnamese and Thai took the Cambodian Catholics to their own countries after they invaded.

The Cambodian Christians keep, therefore, a certain intimacy. Their celebrations are rather private and they do not show up their faith too much in society, though we cannot talk about ghettos or closed groups inside Cambodia.

The opening of the markets in 1999 has caused that Western celebrations became known by Buddhist Cambodians.

Although Christmas is a legitimate Asian tradition if we have in account that Israel is the Middle East, the contact with Western people and their mass media has made Christmas known in the country, although lacking its original sense.